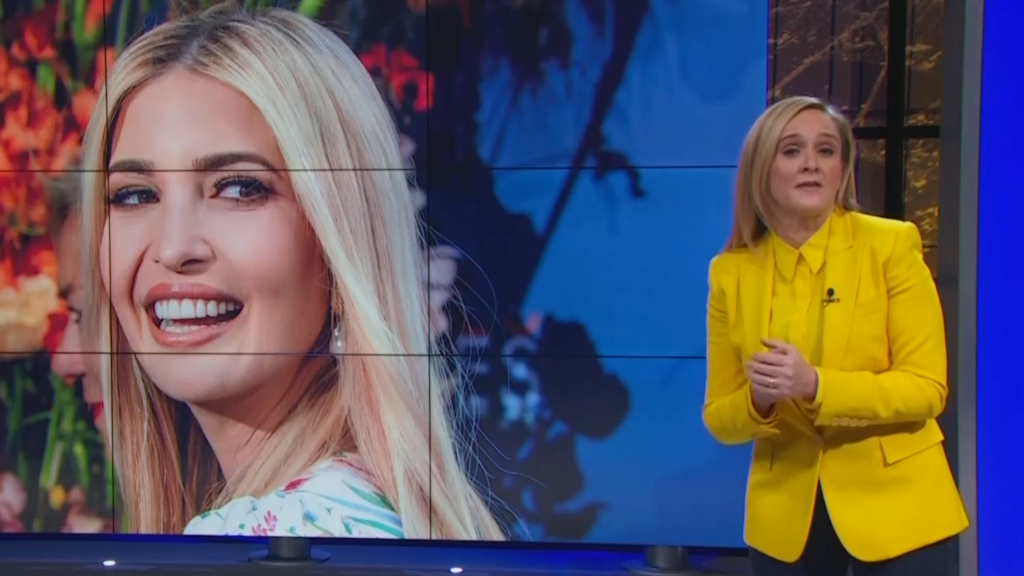 On Full Frontal With Samantha Bee Wednesday night, Bee credited Ivanka Trump with helping to pass a historic parental leave bill signed into law just over a month ago. The bill Ivanka lobbied for will replace the 1993 Family and Medical Leave Act, which provides 12 weeks of unpaid leave.

“After decades of being behind every other country, the U.S is finally starting to make progress, thanks, in part, to lobbying from, believe it or not, Ivanka Trump,” Bee said. “This administration approved a law that gives 12 weeks of paid leave to federal employees who give birth, adopt or foster a child. I guess even a Trump has to do something right occasionally.”

Despite the new bill for federal employees, the U.S. is still one of the worst in the world when it comes to paid parental leave, being just one of a handful of nations without a national paid leave policy. So, since it’s up to individual businesses, Bee announced a new paid leave policy at Full Frontal.

“Here at Full Frontal, we recently created a paid parental leave plan for our staff, and it is the best, most expansive policy in late night,” Bee said. “We are offering 20 weeks full pay to all new moms or primary caregivers, and job protection and health insurance if they want to take more time off the first year.”

And Bee issued a challenge to other late night shows.

“We are so sure that our policy is better than the other late night shows,” Bee said, “we challenge them to make better policies so we can beat those too.”

Watch Chris Wallace confront Kellyanne Conway for saying the timing of the Ukraine aid was a ‘coincidence’: