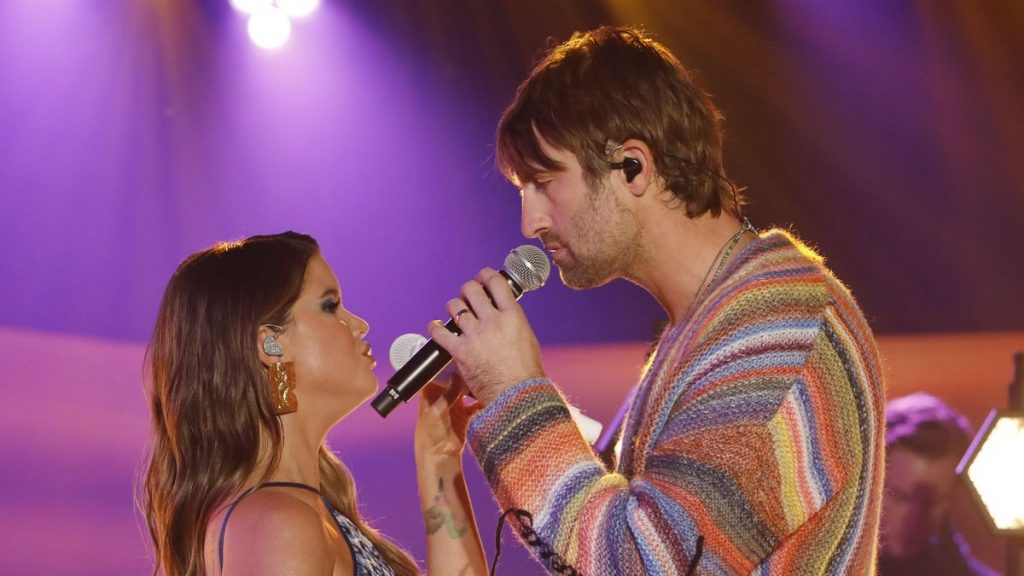 Ryan Hurd, Maren Morris Go No. 1 With “Chasing After You”

Nine months after its release as a single and “Chasing After You” — Ryan Hurd’s collaboration with wife Maren Morris — has hit the top of Mediabase’s radio airplay chart. The achievement also follows exactly one month after the release of Hurd’s hotly-anticipated album Pelago, on which the single is featured.

“Maren and I met writing songs and we’ve sung on each other’s records and written together, but this is the first time we’ve gotten to do an actual duet together,” Hurd previously noted via a press release. “It feels like the timing is really perfect and it’s a full-circle moment to get to make music together in this way.”

The lovestruck ballad is Hurd’s first No. 1 as an artist, though he has written hits previously for the likes of Blake Shelton, Luke Bryan, Lady A and Tim McGraw. As for Morris, it’s her latest number one following the massive success of her triple-platinum, Grammy-nominated 2019-released single “The Bones.” That song topped the Billboard Hot Country Songs chart for 19 consecutive weeks in 2020, and was the first solo female release in a decade to achieve spending multiple weeks at No. 1.

Morris also added a touching note via social media, adding, “We’re officially number 1 this week @RyanHurd. Thank you to our team, the fans & country radio for falling in love with a song that so perfectly describes the heart-wrenching journey love can oftentimes be, even after the wine’s all gone…”

If looking to see Hurd and hear music from Pelago live, his nationwide Tour de Pelago kicks off in January. Tickets for those events are on sale now, via this link.