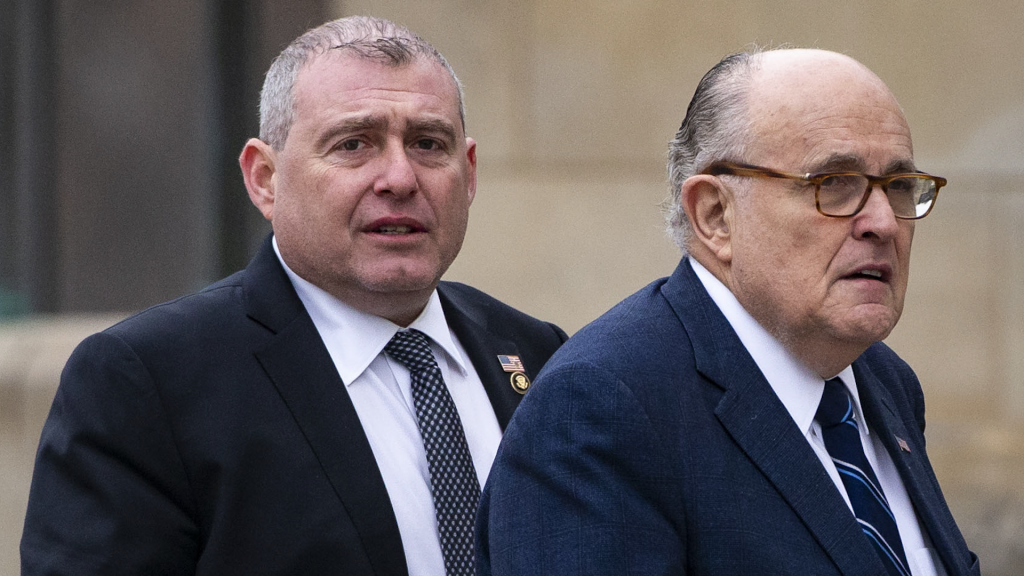 President Trump’s personal lawyer Rudy Giuliani spoke out Monday night after his former associate, Lev Parnas, gave explosive interviews last week in which he accused Trump, and several high-ranking Republicans, of wrongdoing in the Ukraine scandal. Parnas claimed that Trump was aware that he was in Ukraine pressuring the Ukrainian government to announce an investigation into 2020 presidential candidate Joe Biden, and that Trump lied about what he knew. But while Parnas accused the president of lying, Giuliani claims Parnas is the one telling lies.

Parnas also implicated Vice President Mike Pence, former Energy Secretary Rick Perry, congressman Devin Nunes and Attorney General William Barr in the plot to pressure Ukraine into announcing an investigation into Biden. Barr was even mentioned in the partial transcript of Trump’s call with Ukrainian president Volodymyr Zelensky, but Giuliani adamantly refuted the notion that Barr had anything to do with his dealings in Ukraine.

“I have been circumspect, careful, exceedingly careful. Not only that, Parnas knows that,” Giuliani said. “I told Parnas several times that I would make sure I would never go to the Attorney General with it so I wouldn’t compromise him.”

Giuliani did not elaborate on why Barr would have been compromised had he spoken to him about Ukraine.

Giuliani and Parnas have a long history together, which made Parnas’s allegations difficult for Giuliani on a personal level.

“Lev is someone I was close to. Obviously I was misled by him. I feel very bad. I was godfather to his child,” Giuliani said, later adding, “I’m heartbroken. I’m heartbroken.”

Parnas, who is under indictment for illegally funneling money to Republican politicians, is standing by the allegations he made in the interviews.

Watch Evelyn Yang, wife of presidential candidate Andrew Yang, open up about being sexually assaulted by her doctor: