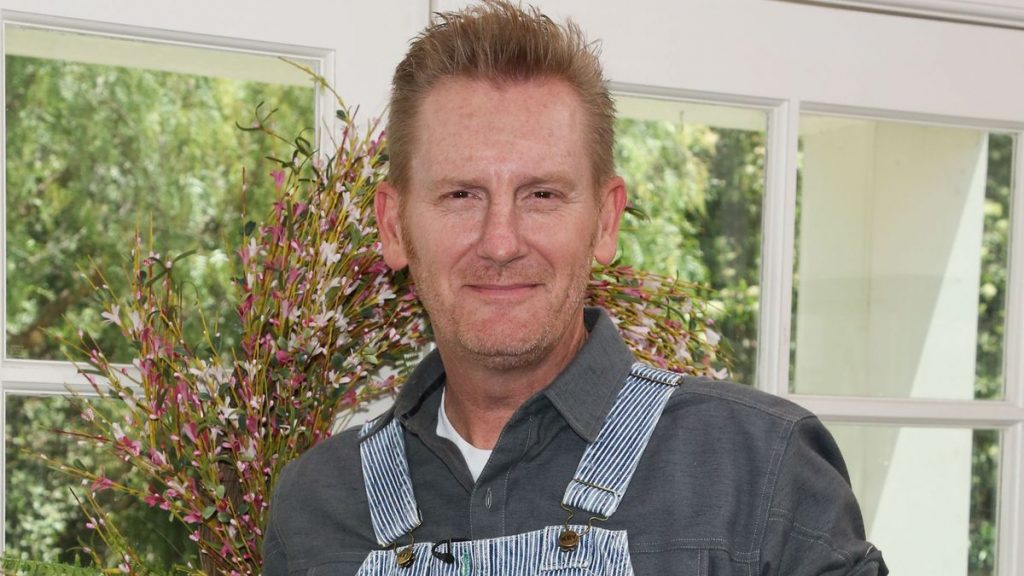 In 2008, Rory Feek and his wife Joey captivated viewers with their homespun sound and refreshing transparency when they competed on CMT’s Can You Duet. They parlayed their success on the show into hit singles including “Cheater, Cheater” and “That’s Important To Me.” In 2014, they welcomed daughter Indiana; soon after, Joey would be diagnosed with cervical cancer.

On June 18, Rory will release his first solo album, Gentle Man, marking his first project since his beloved wife’s passing just over five years ago in 2016.

“People have asked me about recording for a long time, and writing and stuff, and I’m still not writing songs,” Feek, 55, tells CMT. “Joey and I took a year off, the year that Indiana was born, and I stopped writing and I’ve never started back writing songs yet. Instead, I make a lot of other things.”

Over the past several years, Feek has given readers a glimpse into his homelife through his blog This Life I Live. His creative talents also led to a docuseries by the same name. In 2016, he released the full-length documentary To Joey, With Love, and later released the film Finding Josephine. He’s also penned the 2017 memoir This Life I Live: One Man’s Extraordinary, Ordinary Life and the Woman Who Changed It Forever, as well as several children’s books.

“I always feel like I still write songs, they just aren’t songs anymore, they’re just different little creative things that I do. But when it comes to making a record, people have been asking me for a long time about it, and I just wasn’t sure I had anything that I specifically wanted to say or share,” he says.

Although Feek penned only two of the forthcoming album’s 14 tracks, he gives voice to lyrics and melodies that sound as if he could have penned them. Over the past year, he began working with producers Matt Johnson and Ben Isaacs to record a few songs.

“It wasn’t like I had this desire to do something, it was more like it had been there waiting for me to step into that space,” Feek says. “It has been quite eye-opening for me. Once I was in the studio, and we were recording and singing, it was like, ’Wait a minute, this is what I love. I truly love great songs.’ I loved the experience.”

Though the album is billed as a solo project, it’s quite collaborative in nature, as Feek welcomes fellow country artists including Vince Gill, Alison Krauss, Lee Ann Womack, and more.

He has already released a handful of tracks from the project, including “Met Him in a Motel Room” (featuring Trisha Yearwood), “Small Talk Cafe” (featuring Ricky and Sharon Skaggs), and a collaboration with Dolly Parton, titled “One Angel.” Feek says it was the Parton collaboration that sparked the idea to work with other artists on the project.

“It actually happened where we were in the studio recording the tracks and I think it was about the second day when we were recording, we were listening and talking about them. We started thinking about what these songs wanted to be, the harmony parts on the songs. Joey was such a big fan of Dolly; Dolly’s always been her hero, and she sent a video to Joey right before she passed away. We had this feeling of, how special would it be to have that song and that story come full circle and have her be part of this?”

Though Feek has written hit songs including “Some Beach” (Blake Shelton), “A Little More Country Than That” (Easton Corbin) and “The Chain of Love” (Clay Walker), he’s not a writer on “One Angel.” The exquisitely-detailed song was penned by songwriter and family friend Sandy Emory Lawrence as an expression of the pain and frustration that came with losing her dear friend Joey. The song’s lyrics conjure images of reminders of Joey, from boots she gifted to Lawrence, to the horsetail hairs from Joey’s beloved horse that were tied into a braid and wrapped around her hand.

Another full-circle moment comes on the Yearwood collaboration “Met Him in a Motel Room,” a song that Feek penned more than a decade ago.

“I moved to Nashville to be a songwriter,” Feek says, “and that was a song that Jamie Teachenor and I had written like 15 years ago. Trisha recorded it on her greatest hits album. So I had already heard her sing the song, and then to have the opportunity to have her come alongside of me and sing a verse was really neat because it was already a blessing to me to have her sing on our song a long time ago. And then to now have her rejoin me on this, made it even more special.”

While Yearwood joins Feek on the album, he says it was another superstar, Garth Brooks, who helped influence his decision as an artist to use the work of other writers, even back when he and Joey were recording for their projects.

“When I was first in town as a songwriter, there were sort of two camps going around: those artists who would also write most of their own stuff, and then there was the other camp, artists like Garth Brooks. He could write all of the songs he recorded, because he’s a really good songwriter and you make more money if you do. But he wants to share his moment in the spotlight with other people who have other things to say. He gives his platform and his spotlight to other people. I just remember thinking how special that was, and in my opinion, the albums were always better because you can only be as prolific as you can be. And there’s so many great songs out there. So Joey and I made a real point to try and let the best songs win, to always find great songs from other people. I mean, I probably had a thousand songs I could have chosen from, but that’s not the point. It’s like, what stories do you want to tell?

“I don’t have to have written a song like ’One Angel’ to be able to have it be part of my story. It feels more like someone wrote that for me, in this moment. That song is about being angry when someone you love dies, even though they have a strong faith and they’ve been praying and they die anyway and it’s frustrating. I get to have those feelings. I don’t have to write that song to feel those feelings. That’s part of what makes these songs feel special, is they feel like I could have written them.”

As he’s shown fans through his blog, Feek continues to reside on his farm just outside of Nashville, with daughter Indiana. He and his community recently built the Hardison Mill Homestead School, a one-room schoolhouse that Indiana and other children in the area attend. Even as concerts begin to open back up throughout 2021, Feek is staying close to home, and playing shows as part of his Home Concert series.

“I basically play one weekend a month. I just walk across our driveway and sing right here and people come from all around. Indiana just turned seven, and we have a pretty wonderful life here. I don’t really want to go on the road and travel, and I don’t need to. So when people come here, they will get to hear some of the new music that they haven’t heard before.”