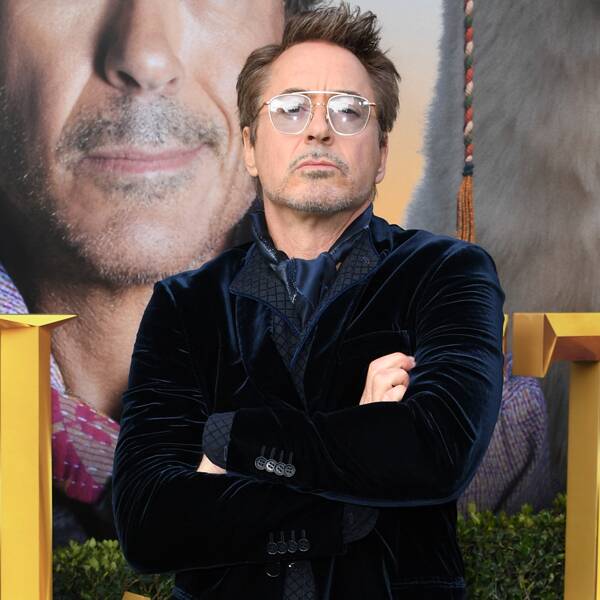 Robert Downey Jr. and Jimmy Fallon are pulling out all of the stops with their latest comedy skit. On Wednesday night, the Dolittle star appeared on The Tonight Show Starring Jimmy Fallon to reminisce (and joke) about the good ole days of doing commercials together.

“Not a lot of people know this, but back in the early ’90s, we both starred in a commercial for an allergy medicine called Zynerma,” the 45-year-old host quipped.

“Oh, my! That’s totally right,” Robert cut in. “Yeah, that really eccentric director… he came out of French cinema, right?”

“He did… he had this thing where he wanted us to have our line readings to be really fresh,”. Fallon continued. “He didn’t want us to see our lines before the bit. So every time we went into the commercial, we were reading the lines for the first time, right there on set.”

“Well, I found one of our old commercials…,” Fallon shared. “So here for the first time in decades, is me and Robert Downey Jr.’s ad for Zynerma.”

Naturally, the late-night host showed the glorious ’90s-style commercial that he and the 54-year-old actor filmed. The two came ready with the dad jokes as they dressed up colorful collared shirts, throwback jackets and loose-fitting jeans. They even donned shaggy hair that was popular during the era.

From the nostalgic fashion to the cheeky jokes, it was certainly an ad to remember.

Watch the video above to see what we’re talking about. Disclaimer: your eyes might water… but it won’t be from all the allergy talk!