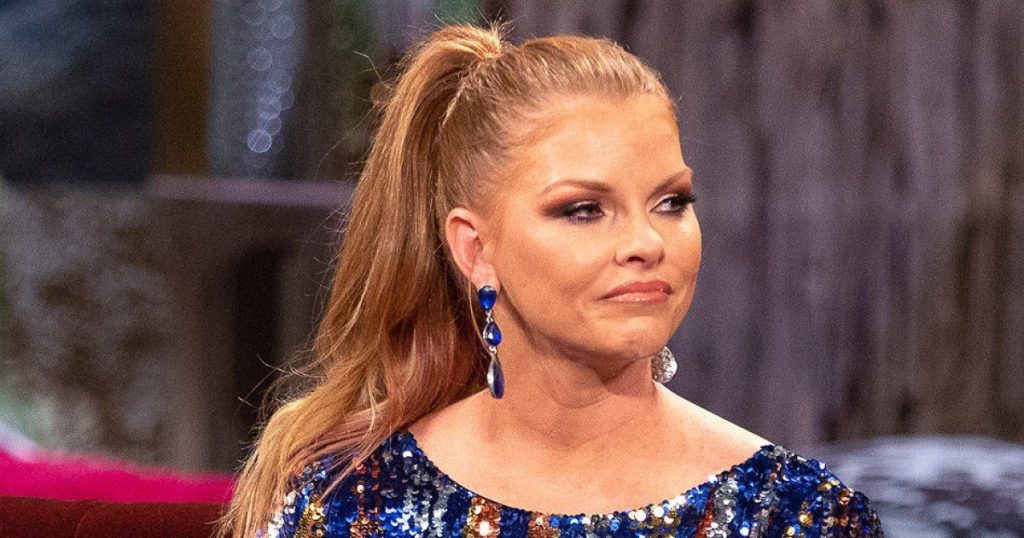 
Brandi Redmond is getting candid about her recent mental health struggles.

On Friday, the Real Housewives of Dallas star, 41, opened up about checking herself into a wellness center earlier this month, sharing an 11-minute video on Instagram that detailed the controversy surrounding a racially insensitive video she made years ago and explained why she sought professional help after it resurface on social media.

The emotional clip began with Redmond speaking about “mistakes” she’s made in the past and the importance of “learning and growing” from it.

“I did this video — it was essentially four years ago — and it was in reference to a scene on season 2 of RHOD where the ladies were talking about my features — in particular, my squinty eyes. Once again, that’s something I have been insecure about so I made a video poking fun at myself,” she said, explaining that the clip was taken out of context. “I immediately took the post down and posted a public apology. Someone maliciously recorded it off a device and saved it for this many years … and it resurfaced. I made a poor decision of being angry and trying to defend in the moment what was wrong and insensitive.”

Redmond — who shares three children, daughters Brooklyn, 10, and Brinkley, 7, as well as 2-year-old son Bruin, with her husband Bryan — received backlash from members of the Asian community late last year for a controversial video she filmed of herself and her daughters.

In the clip, which Redmond first recorded back in 2017, the reality star appeared to mock an Asian accent while addressing her squinty eyes. “They ask me what Asian I am because my eyes, they squinty,” Redmond laughed in the clip with her daughters giggling behind her.

The video resurfaced amid the most recent season during which Redmond called out her RHOD costar LeeAnne Locken a racist for derogatory comments Locken had made against their costar Kary Brittingham.

Many critics online pointed to the clip as a symbol of Redmond’s hypocrisy, accusing her of the same labels she placed on Locken.

Initially, Redmond responded in since-deleted tweets in which she was poking fun of herself. “It’s a good impersonation if I do say so myself and there was no harm done,” she said in one message, according to a screenshot shared online, adding that she would “do it again.”

A video resurfaced of me from three years ago which at the time I had posted and quickly deleted and then immediately apologized for my insensitivity . I would like to once again sincerely apologize for my offensive actions.

But eventually, Redmond changed her tune and issued another apology, writing on Twitter: “A video resurfaced of me from three years ago which at the time I had posted and quickly deleted and then immediately apologized for my insensitivity. I would like to once again sincerely apologize for my offensive actions.”

According to Redmond, the backlash she received when the video resurfaced “became a campaign for hate and bullying.”

“It just want you all to understand how I ended up getting help and why I ended getting help,” she said through tears in the video shared on Friday. “I felt so much shame. I felt bullied. I didn’t feel like living anymore.”

The mom of three continued, “I went into this deep, dark depression. I couldn’t eat, sleep. I wasn’t taking care of myself, my family or my responsibilities. Every time I would see something negative, I would start throwing up. I didn’t feel like life was worth living.”

Redmond said she eventually approached her husband Bryan for help.

RELATED: Brandi Redmond Checks Herself Into Wellness Center After Apologizing for Controversial Video

As PEOPLE reported, the Bravo star checked herself into a wellness center early January to “reflect and better herself.” A rep for Weekly Dose of B.S. — the podcast she leads with close friend and fellow RHOD star Stephanie Hollman — made the announcement on Instagram after Redmond had skipped a recording of an episode.

“I do have my smile back. I want you all to know that I love you. I love life,” she said. “I can’t wait to wake up and nurture my family and most importantly myself.”

“I have peace in my heart knowing God is always with me, he knows my intentions in my heart. I want to live honestly with kindness and appreciation for all mankind. Nobody is perfect and I needed to know I accept and love myself and if I make others laugh that is just a bonus.”

Redmond also captioned the video: “I am so grateful for God helping me through this, allowing me to heal and love myself. To those that set out to hurt me, know that I still have compassion for you in my heart. Thank you all for hearing my truth and my heart.”

If you or someone you know is considering suicide, please contact the National Suicide Prevention Lifeline at 1-800-273-TALK (8255), text “STRENGTH” to the Crisis Text Line at 741-741 or go to suicidepreventionlifeline.org.