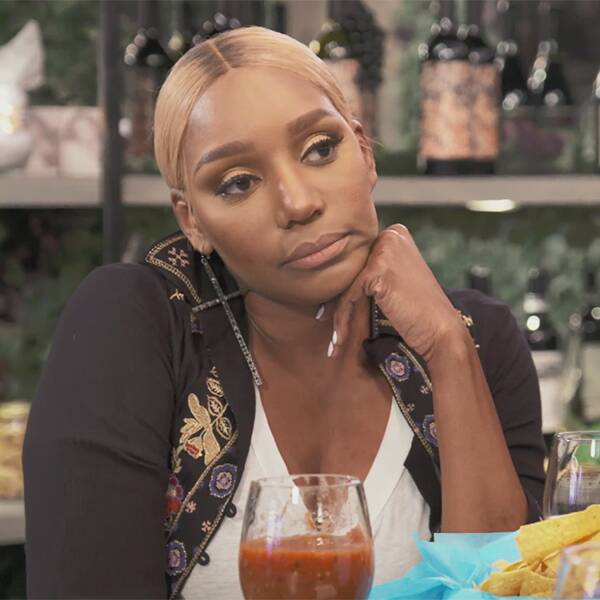 NeNe Leakes and Kenya Moore‘s fiery feud is far from over.

The famous foes waged a revamped round of emotional warfare during last week’s Real Housewives of Atlanta. And from the looks of this exclusive mid-season supertease, a ceasefire is nowhere in sight.

“Somebody pushes me, Wendy, I’m gonna say some s–t,” Leakes tells TV personality and friend Wendy Williams, who advises the Bravo star to “give these girls friendship and love.”

“Please go to jail again,” Moore says to Leakes while the rest of the group looks on.

Leakes—who is standing upright despite the seated gathering and appears to be making her exit prior to Moore’s comment—whips back around and calls her a “dumb bitch.”

We don’t see much of the subsequent brawl, but lunges are initiated, NeNe seemingly spits at Kenya and the other ladies try to hold NeNe back. Yikes!

“Everybody, stop!” shrieks Tanya Sam at a decibel so resounding, her cast mates might actually listen.

Watch the near-physical fight play out in the exclusive clip above. Plus, see Kandi Burrussand Cynthia Baileycomfort Moore during an emotional moment amid her divorce as well as what looks like reconciliation between Leakes and Porsha Williams.

The Real Housewives of Atlanta airs Sundays at 8 p.m.