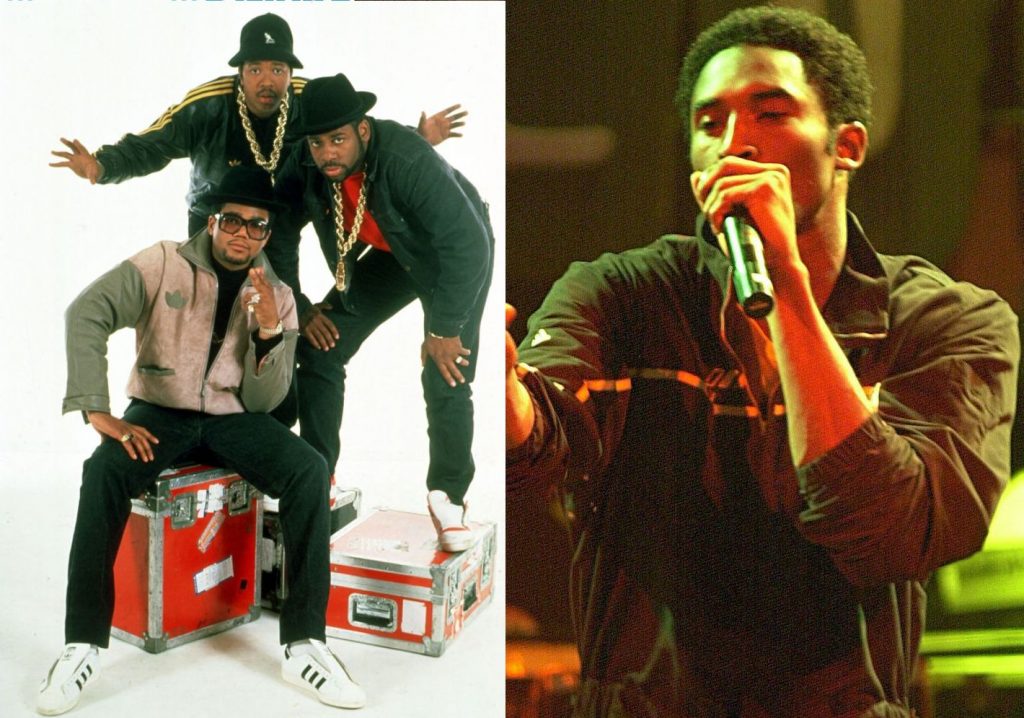 
On Sunday, as the nation mourned the shocking death of basketball star Kobe Bryant that had occurred just hours before the 62nd Annual Grammy Awards, tributes occurred outside and inside the Grammys’ venue, Los Angeles’s Staples Center, a.k.a. “the house that Kobe built.”

Run-D.M.C., who reprised their iconic “Walk This Way” collaboration with Aerosmith on the Grammys telcast, were among the artists who paid homage that night. “Honoring Kobe at the performance, my DJ [Charlie Chan] held up a Kobe shirt,” founding Run-D.M.C. member Rev Run says softly. “It was pretty cool.”

Sitting with Yahoo Entertainment to discuss his new relationship advice book Old School Love, Run reveals that this Grammy moment held especially personal meaning for him, as it turns out that his pioneering hip-hop trio once recorded a musical collaboration with a young Bryant.

“Years ago, somebody connected [Run-D.M.C.] to Kobe Bryant, and we were going to make a record together. We met at the studio [in L.A.], because Kobe at the time had a relationship with Adidas, and we had that big record, ‘My Adidas,’” says Run. (Although Bryant came to be associated with the Nike brand in 2003, earlier in his NBA career, he was an Adidas man. The young ball player was known for several signature Adidas shoes, including the KB8, KB8 2, KB8 3, and finally, the Kobe 2.) “So we hung out all night and discussed options of how we should make the record.”

Run has fond memories of his time spent with Bryant. “He liked to rap, we knew he was a good basketball player that wanted to rap with us, and we had a great night, took pictures,” he recalls. “He was excited to meet us, and we were excited to meet him. …It was just beautiful hanging with Kobe — and starting to record a record that we never finished.”

This was not Bryant’s first attempt at launching a hip-hop career. In high school, before he was drafted to the NBA in 1996, he was a member of a lyrical rap group called CHEIZAW that was signed to Sony Entertainment; once he became an NBA star, the Sony brass understandably decided to promote him as a solo artist instead. A 2000 release date was set for Visions, Bryant’s debut album, and he released one track for Sony, “K.O.B.E.” featuring vocals by supermodel Tyra Banks. But after that single tanked, the album was shelved and Bryant was dropped. It’s been reported that Bryant, who came from a battle-rap background, was resistant to the more commercial, pop-crossover direction in which Sony was pushing him. Later on, he formed his own independent record label, Heads High Entertainment, although that venture only lasted for about a year.

There is some online evidence of Kobe’s rapping skills, like his verses on remixes of Brian McKnight’s “Hold Me” and Destiny’s Child’s “Say My Name,” as heard below. That Kobe/Run-D.M.C. collaboration never came out, but it may one day finally be heard. “Somebody asked me, ‘Where is the Kobe track?’ I don’t know. We were running around, doing things, and maybe it’s in the archives of some studio, or a demo that we made in our house that we was going to give to them to download their vocals,” signs Run, before adding with determination: “But somebody will find it.”