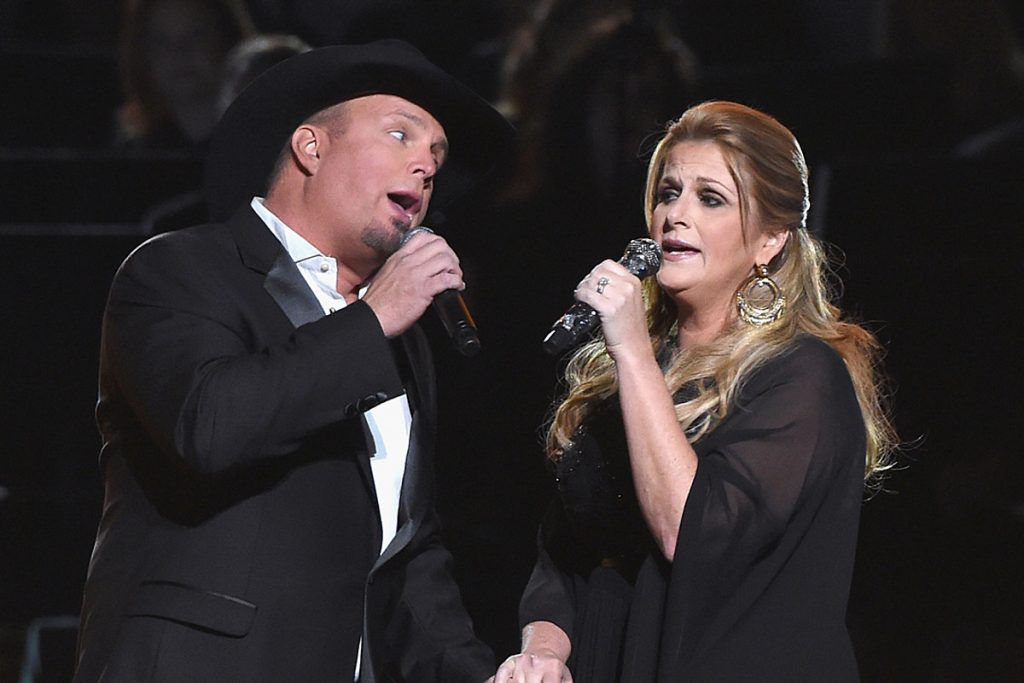 
Garth Brooks and Trisha Yearwood have been married since Dec. 10, 2005. However, as most fans know, they’ve been friends for much longer than that. The pair sang together on countless Brooks hits, and were frequent touring partners while both were married to other people.

The story of their first meeting isn’t nearly as romantic as the rest of their courtship. It involves a song, an attic and a $10 bill.

Brooks recalled in 2013 that songwriter Kent Blazy introduced the two of them in 1987, two years before the future superstar would release his first album on Capitol Records. Both were just unsigned demo singers, and that’s what they were doing in Blazy’s attic studio on that fateful day.

“We hit it off,” Yearwood would later say, according to CMT. “But I had no idea he’d turn out to be Garth Brooks!”

Brooks told Yearwood that when he got his record deal, she could open shows for him. That’s a promise he kept over and over again. It’s not clear if the demo they recorded turned into anything special — Brooks didn’t even get paid! Ms. Yearwood, on the other hand, walked away with a crisp $10 bill (even in 1987 dollars that’s barely enough to fill your gas tank).

The future couple were in and out of each other’s lives in various ways for years as each of them eventually ended their marriages, and they finally wed on Dec. 10, 2005, at their home in Owasso, Okla., after Brooks surprised Yearwood with a public proposal on stage at Buck Owens’ Crystal Palace that May.