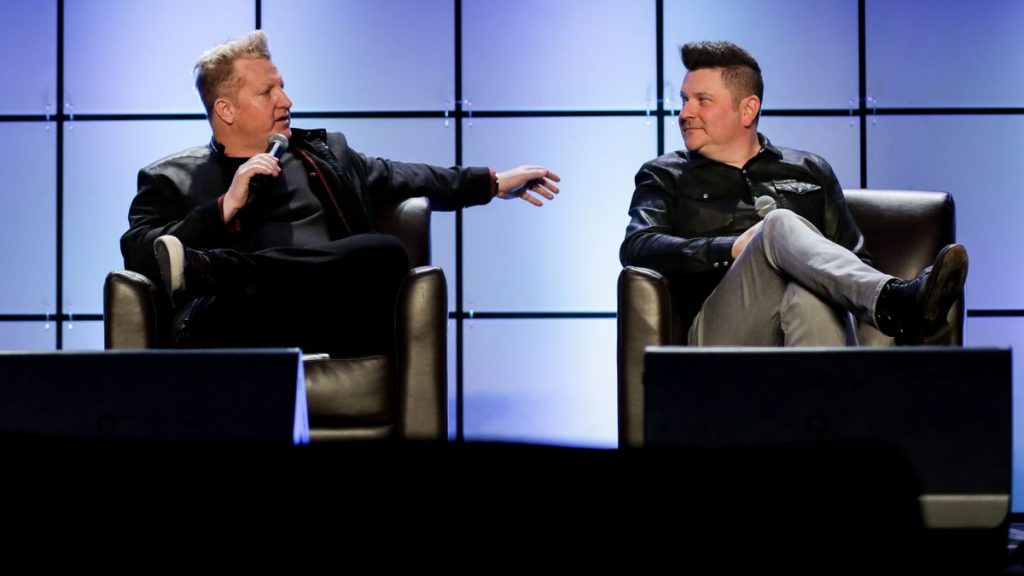 Rascal Flatts Insist That Farewell Is Not Goodbye

It literally never gets old.

During this year’s Country Radio Seminar in Nashville, the trio sat down to talk about their firsts and their farewells and everything in between.

“It’s still special for me,” Jay DeMarcus said. “It’s a feeling for me that never goes away and I still go, ’Wow, it’s neat that some random place in some random city is playing music that we all started playing so many years ago down in Printer’s Alley, just for fun.’ And it’s turned into this.”

But then he had to bring up the elephant in the room. Are they in a fight?

“Something that I think merits mentioning is that a lot of people have asked us since we’ve made this announcement is if something had happened, did we have a falling out, have we fought with each other, have we gotten to the point where we can’t get along. That’s really not the case,” he explained. “We’ve just gotten to this point in the road where it’s just forking and we’re entering into new seasons of our lives.

“And we haven’t signed a pact to say we’re never going to work together ever again. This isn’t a ploy to get your money to come out and see this tour so that we can turn around next year. There are no immediate plans to do any more Rascal Flatts show past October 30th.”

This is a decision that they did not reach lightly, DeMarcus said, and he was emphatic about that. “This is a very tough decision. It’s going to be a very sad and bittersweet year. But it is something we feel like is the best for the three of us at this point in our lives right now.”

“Part of the reason we get on the bus every night,” he added, “and go miles and miles away from our families, and spend days and nights away from our homes, is because of the impact that you tell us that our music is having on your lives. That’s really what we want to focus on over the next nine months.”

The band’s 2020 Farewell tour isn’t so much a goodbye, though. DeMarcus looks at it as more of a celebration of the 20 amazing years they’ve had with their fans. “Twenty years is a long time in any business, and we’ve never had the opportunity to take a deep breath, and go, ’You know what, we’ve really done some remarkable things in a 20-year career.’”

The band’s Joe Don Rooney shared his own emotions over the farewellish tour.

“We’ve been hitting the road for a lot of years. It’s been so special, we can’t wait to get out there and love all over the fans and celebrate what you all have given us,” Rooney said. “It’s just incredible that 20 years goes by that quick. We know we’ve been blessed, we’re very thankful, and just humbled by this incredible success that we’ve been given.”