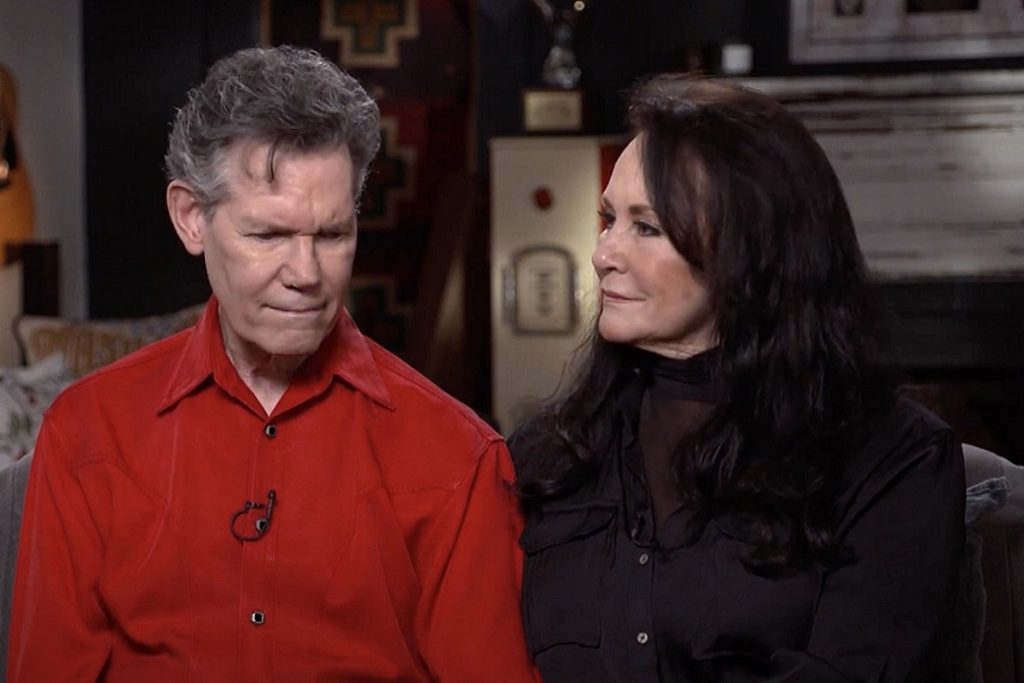 
Randy Travis stunned the country music community in 2016 when, during his induction into the Country Music Hall of Fame, he gave his first public performance since suffering a stroke in July 2013. His rendition of “Amazing Grace” brought the crowd to its feet — and tears to plenty of eyes — and in a new interview with celebrated newsman Dan Rather, the country legend’s wife Mary reveals just how they made that moment happen.

Following his stroke, which robbed the “Three Wooden Crosses” singer of his speaking and performing abilities, and limited his mobility, Travis spent five-and-a-half months in the hospital, followed by two-and-a-half years of occupational, physical and speech therapy. As part of those appointments, Mary explains, a woman named Tracy, who held a music degree, would join them on her lunch hour and work to help Travis re-learn how to sing and perform music.

The classic hymn “Amazing Grace,” Mary says, “had always been so special to [Randy];” in fact, it was the song he sang during one of his last public appearances, at country icon George Jones’ funeral in May of 2013.

“The words all came back to him,” Mary continues — but he needed to remember how to form and pronounce them.

“We spent about two months on just the letter A,” she recalls, “but when we got A down, then the next letters and vowels seemed to come exponentially.”

Travis spent about six hours each day trying to re-learn all four verses of “Amazing Grace” in time for his October 2013 Country Music Hall of Fame induction. Mary, who introduced him that night, was one of very few people who knew what was in store.

“I asked him, probably about 30 minutes before the induction started — I said, ‘Honey, do you feel comfortable doing it?'” she remembers. “And he looked at me, and he said, ‘Yup!’ …

“When I put that microphone in his hand, he just became Randy Travis again,” she adds. “It was absolutely beautiful.”

Travis has made occasional public appearances and given interviews here and there in the seven-and-a-half years since his stroke. He released a memoir in 2019 and a never-before-heard single, “Fool’s Love Affair,” in 2020. Travis and Mary have been married since 2015.

Travis’ full interview with Rather, for his The Big Interview With Dan Rather series, will air on Wednesday (Jan. 27) at 8PM ET on AXS TV.