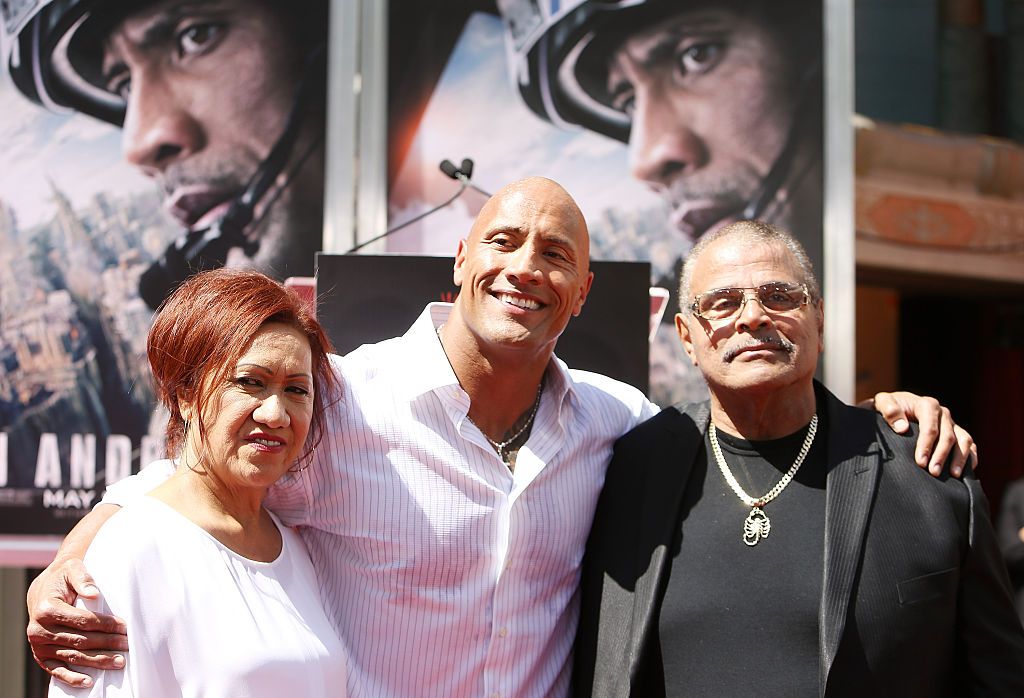 Dwayne “The Rock” Johnson has lost his father, and the wrestling world is already missing one of the greats.

Both the WWE and the Cauliflower Alley Club, a group of former professional wrestlers, announced Wednesday that Rocky Johnson had died at 75. The Rock’s representatives did not immediately respond to Yahoo Entertainment’s request for comment.

In addition to training his son, who would one day be known as massive movie star The Rock, to be a wrestler, the elder Johnson was a wrestling star in his own right. Rocky Johnson, whose nickname was “Soul Man,” began wrestling as a teenager in the ‘60s and became a WWE Hall of Famer.

Horrible news to pass along. We just learned that Rocky Johnson passed away today at the age of 75. His accolades in this business, all the people he influenced, all his accomplishments, and we are so deeply sorry and wish his family nothing but the most love at this time pic.twitter.com/3AvzVwylPH

He joined the popular organization in 1983, having already established himself in the National Wrestling Alliance. During his time at World Wrestling Entertainment, Johnson worked with another wrestler, Tony Atlas, as part of “The Soul Patrol.” He and Atlas were the first African-American duo to win WWE’s World Tag Team Championship.

He retired from the group in 1991, although he didn’t go far from the ring. Johnson spent time training his son and appearing by his side in the ‘90s. According to the organization, he also trained other wrestlers.

Then, in 2008, The Rock himself inducted his father into the WWE Hall of Fame.

The two remained close in later years. In March 2018, The Rock explained that he’d bought his father a bigger car, a Cadillac, following a hip surgery.

The Jumanji star thanked his dad for being tough on him.

Rocky divorced his wife of 33 years in 2003, but the two were happy to reunite to support their son.

I am so sorry to hear of the passing of the great Rocky Johnson. Always a gentleman, I always enjoyed talking with him. My deepest condolences to his family, friends, and the fans who loved him. A very sad day for wrestling.#RIPRockyJohnson pic.twitter.com/4agKbOzAry

So sad to hear that my friend Rocky Johnson has passed away. He was an amazing man who I admired greatly! God Bless you Rocky until we see each other in heaven!! Prayers going out to Dwayne @TheRock Johnson and his family. You’re in my thoughts always! Much love!

My prayers and deepest remorse goes out to the @TheRock and the family of @wwe HOF Soul Man Rocky Johnson. He helped paved the way for so many African Americans in this business. You will be missed . R.I.P pic.twitter.com/g4se9S8awT

The National Wrestling Alliance is saddened to hear of the passing of Rocky Johnson.

His legacy stretches across every promotion. He was a champion everywhere he went including holding the NWA Georgia Championship.

Our thoughts and prayers are with his entire family. pic.twitter.com/KTqHZns6Hb

Saddened to hear about the passing of Rocky Johnson.. remember as a kid watching Rocky and Tony Atlas win the WWWF tag team titles, true legend who paved the road for wrestlers today.. Godspeed to @TheRock and his family #RIPRocky