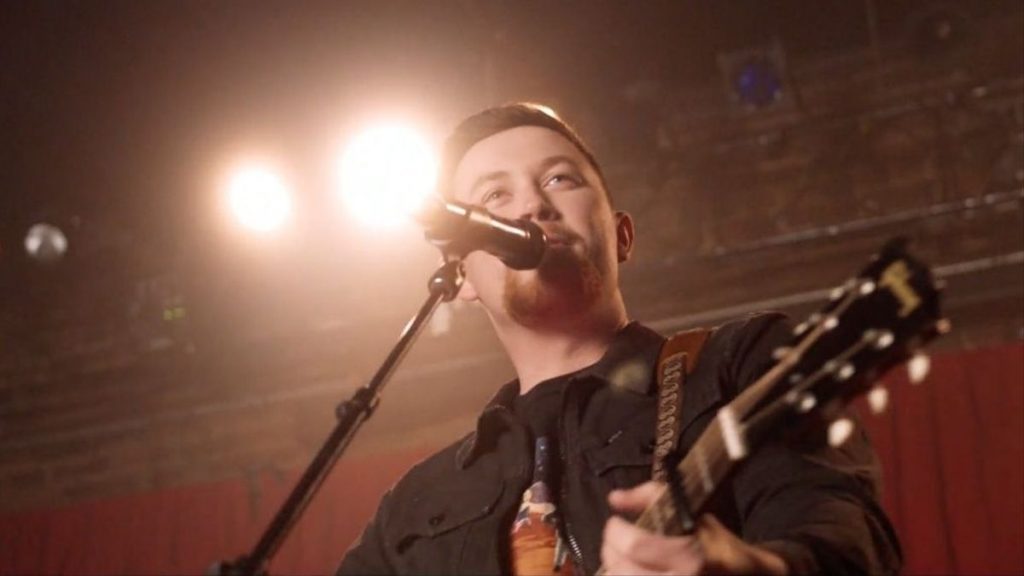 Since Scotty McCreery won the 10th season of American Idol in 2011 and skyrocketed to the top of the country charts with his debut album Clear As Day, he’s spent the past decade as a road warrior, logging miles and performing for fans. The hits—and the work—have kept coming as McCreery notched three No. 1s from his album Seasons Change: the RIAA 2x Platinum “Five More Minutes,” the Platinum-certified “This Is It,” and Gold-certified “In Between.”

In his new song, “You Time,” McCreery details how chasing his dreams also comes at the price of often being away from those he loves most.

He wrote the song pre-pandemic, working alongside Aaron Eshuis and Frank Rogers. In the clever track, he turns the phrase “I need some me time” on its head, ready to head home for some “you time” with his spouse, complete with red wine and moonlight.

When it came time to film the video, he welcomed director Brianna Fish to helm the project and reunited with his band for the video’s performance scenes.

Those performance shots are interspersed with scenes that chronicle a newly-married couple celebrating various life milestones, whether its driving away from their wedding with a “Just Married” sign hanging from the back of a well-worn pickup truck, or getting the keys to their first home together.

McCreery told cmt.com about the making of the video:

What do you remember most about the day/night you shot this video?

It was just great to be back with my band and crew as we shot this video. With the pandemic, I haven’t seen them very often and I’ve missed hanging with them. Was a fun shoot. Bree (the director) made the set so chill and easy. It was my first time to work with her and I really enjoyed it.

“You Time” is a fun, romantic, up-beat song and I feel like the video captures all of that, moving back and forth between my performance and the scenes with the couple who are starting their life together.

We all need “You Time” with our significant other – for fun, romance, a recharge, and more. It’s important we make time for that to happen often.

There are some moments that really make me smile. I don’t want to give anything away, but the final scenes are based on what inspired me to write “You Time” in the first place. Glad we could make that happen in the video.