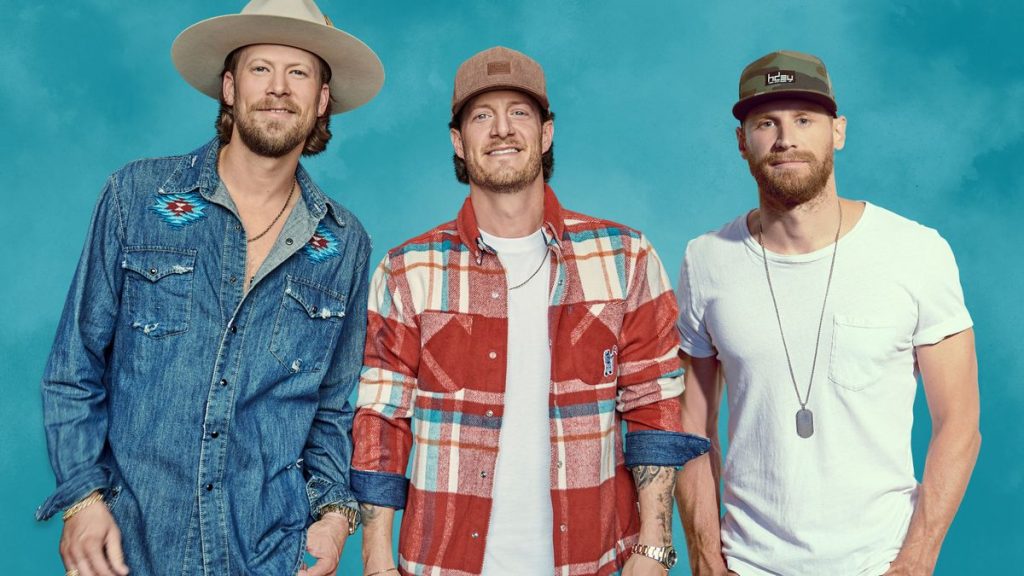 Chase Rice aims to continue a decade of top-ten Billboard country charting stardom with Florida Georgia Line-aided single “Drinkin’ Beer. Talkin’ God. Amen.” For Rice, the song is a preparation for his announced EP, The Album, Pt. III. For Florida Georgia Line, the track is already surging into the top 20 at country radio, joining their feature on Nelly’s “Lil Bit” as another early 2021 success.

The TK McKamy-directed video’ imagery directly mirrors the song’s lyrics. Yes, there’s Rice, cracking open a can of beer as “firewood crackles in the fall air” on a backwoods evening. Soon, the camera pans, and he’s joined by his “down-home friends,” Florida Georgia Line’s Tyler Hubbard and Brian Kelley. Kelley talks about the fact that he’s got “a country angel, the type you don’t deserve, and that you never let go of,” as the trio settles into another round. Of note here, too, is McKamy’s use of his robotic camera that offers a multitude of unique perspectives to the shoot.

Regarding the video overall, Rice notes, “This video was really cool to film because we weren’t acting or remembering lines — we were just hanging out on my farm as real friends enjoying the night together. That’s what this song is all about, and it was special to bring it to life.”

2020 saw Chase Rice release a music video for acoustic guitar-led The Album, Part I single “Lonely If You Are.” As well, the former Survivor cast member appeared on another TV program — The Bachelor — during a concert filmed at Grand Rapid Michigan’s 20 Monroe Live venue.