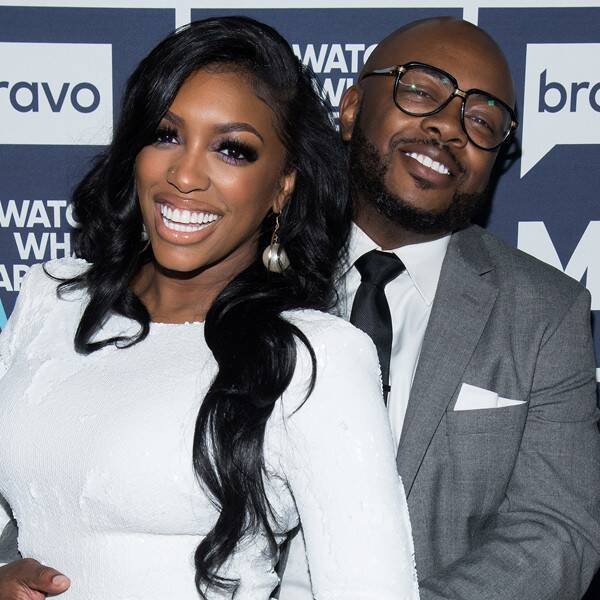 Porsha Williams Is ”Figuring Out” Her Relationship With Her Fiancé

Porsha Williams is breaking her silence on her relationship.

During an appearance on Andy Cohen‘s Watch What Happens Live, the Real Housewives of Atlanta star opened up about her romance with fiancé, Dennis McKinley, after he was recently accused of cheating on her.

Last week,Radar Online reported about the infidelity, and published video footage of the restaurateur hanging out with several women at an Atlanta diner. The Bravo star wasn’t seen anywhere in the clip.

“We’re working on our relationship,” Porsha explained to Andy, before admitting that she’s still “figuring out” things out with McKinley in light of the new affair rumors.

“I think every relationship is a work in progress,” the Bravolebrity shared, after being asked if she still “trusted” her fiancé. “We have a daughter together and… just pray for us. You know, you pray for yourself, add us in there too, baby.”

While on the topic of her romance, Andy read a question from a fan who asked about the cheating rumors swirling online.

“I don’t know… he was out,” she answered. “Can y’all just continue to comment and speculate and just let me figure out my life? I’m figuring out my life.”

Despite revealing that she saw the incident pop up online, she and Dennis are continuing to “figure it out.”

Just last month, Porsha announced that she and her beau were re-engaged. “We’re still working it out. We really are. We are re-engaged.”

“We are working on our family,” she told Cohen during an appearance on WWHL at the time. “It takes time. I love him, and he loves me. And we’re doing what’s best for our family.”

She added, “That’s really all you can do.”

Fans of Porsha will recall that she and Dennis had a whirlwind romance back in 2018, when she announced her pregnancy and engagement. However, things took a turn for the worse when they called the wedding off.

At the time, Dennis was accused of cheating on the reality TV personality while she was still pregnant with their daughter, Pilar Jhena.

In last night’s episode of Real Housewives of Atlanta, the restaurateur was seen crying as he apologized to Porsha and her family over his infidelity.

(E! and Bravo are both part of NBCUniversal.)