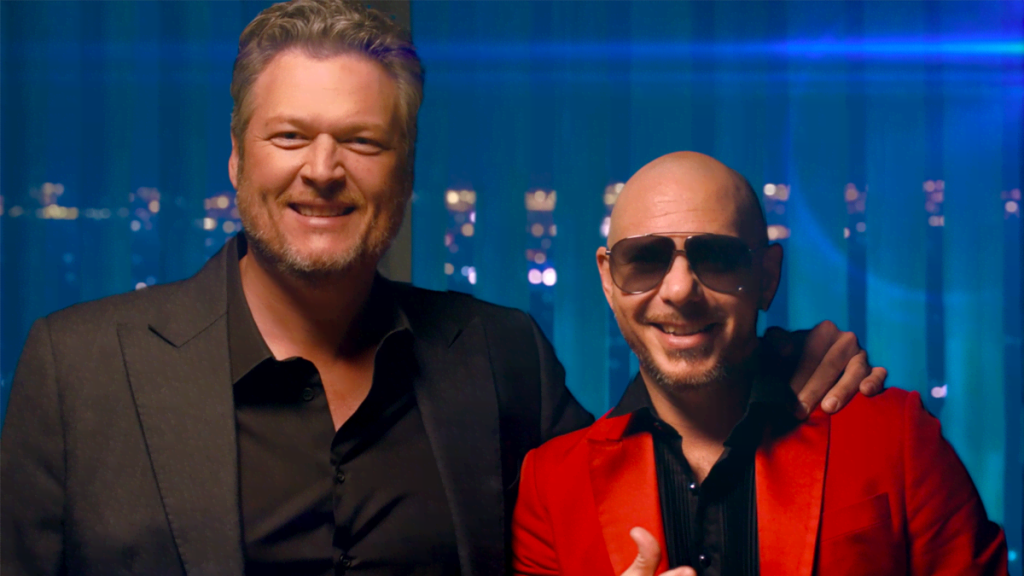 Pitbull and Blake Shelton Are Ready to “Get Ready”http://www.cmt.com/” CMT

At some point when Blake Shelton and Pitbull crossed paths — likely at the 2018 Pendleton Whisky Music Fest in Oregon — Shelton introduced his dog to Pitbull. The dog’s name? Black Betty. Which rhymes with “Get Ready.” And so, the inspiration for a remix of an old song from the 1930s was born.

While the rock band Ram Jam may have made “Black Betty” famous in 1977, it was actually written about four decades earlier by Huddie “Lead Belly” Ledbetter.

Even though Ledbetter died in 1949, he’s listed as a songwriter on the new collaboration, along with José Carlos Garcia (DJ Chino), Xenia Ghali, Jorge Gomez, Jimmy Thörnfeldt, Fernando Zulueta, plus Shelton and Armando C. Pérez (Pitbull).

In a behind-the-scenes video, director Gil Green says, “Blake shows Pit how they get down in Tennessee.” And Shelton tells Pitbull, as they are sipping lemonade on a front porch out in the country, “I’m honored to be on a record with you, man. Truly am.”

The video was shot in Tennessee and in Florida, so it’s fitting that half the video features some honky-tonk, line-dancing girls in cut-offs, and the other half features some poolside dancers in bikinis at the Guitar Hotel at the Seminole Hard Rock near Ft. Lauderdale.

The collaboration is on Pitbull’s 2019 Libertad 548 album.