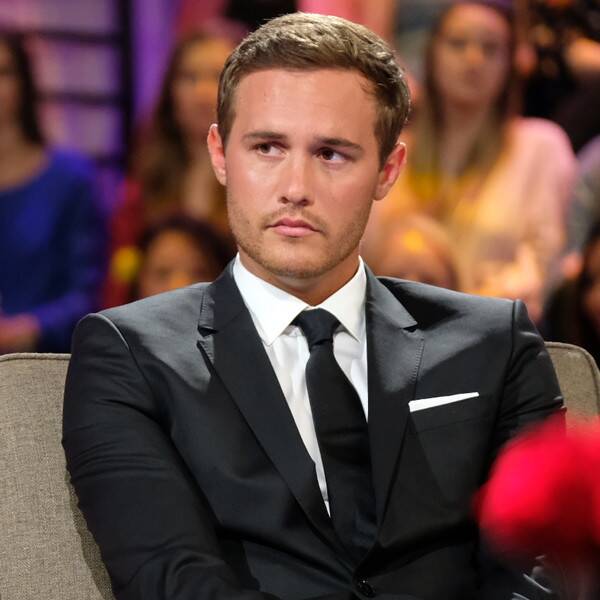 Champagne-gate was sooo yesterday’s news. On Monday’s episode of The Bachelor, tensions were high after Peter Weber confronted Alayah and Sydney during their group date. What started out as a good time ended up leaving both women in tears.

Just when Alayah was having a ball with the pilot during their alone time, things took a turn for the worse.

When Sydney pulled the man of the hour aside for one-on-one time, she dropped a bombshell that Alayah was being “fake” and knew how to turn things on for the cameras. While this completely “blindsided” Alayah, it left Peter feeling conflicted.

“There is something that’s kind of stuck in my mind that I can’t move on from yet,” The Bachelor shared with the group after speaking with Sydney.

“There were some concerns in regards to just some people possibly not being real with me… and I saw firsthand what happened last season. And my biggest fear in this is possibly getting blindsided, and I just hate feeling like I might possibly be being fooled right now.”

However, instead of playing the “she said, she said” game, Peter asked Sydney to tell the group what she previously told him. Naturally, Alayah was in complete shock after Sydney called her out.

Sydney ended up getting the rose after the group date was over. Despite airing things out though, the drama continued into the next day.

Host, Chris Harrison, also revealed there wouldn’t be a cocktail hour before the final rose ceremony. Instead, Peter would see the girls one last time during a daytime pool party. Of course, Alayah chatted with Peter before going into elimination.

“My biggest fear in all this is falling for someone and then getting to the end and realizing that they’re not really who they were showing me,” the pilot explained to Alayah. “And I just can’t let that happen to myself. I… I have to guard my heart.”

“I feel so drawn to you, and every time that I look at you, I have butterflies, and I get so excited,” Alayah said. “I can’t fake feelings. I can’t fake emotions… I’m a horrid liar.”

For the final rose ceremony, Peter had a hard time deciding whether or not he was going to send Alayah home.

As the cameras panned to the two roses remaining, Peter walked out of the room and told Chris, “I’m just so confused… I don’t know right now. I don’t want to regret this.”

Before making his choice on who to keep, Chris told the girls that Peter was only going to pass out one final rose instead of two.

In the end, Peter chose to keep Mykenna in the competition, which meant Alayah was eliminated. “I feel like I’m gonna regret this like crazy,” he told producers after letting Alayah go. “I just hope I made the right decision.”

The Bachelor airs Mondays at 8 p.m. on ABC.