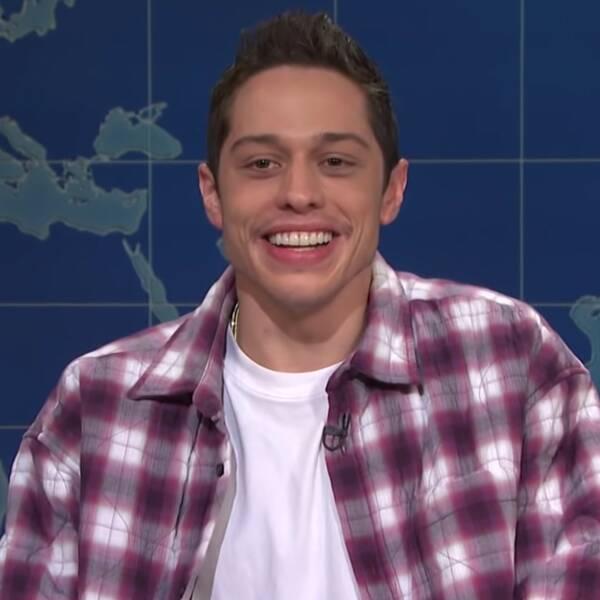 Pete Davidson was spotted stepping out in New York City for the first time since calling it quits with model Kaia Gerber. The Saturday Night Live star was photographed on Monday looking cozy and comfier than ever, as he was seen wearing grey sweatpants and a matching hoodie.

However, he wasn’t sporting just any get-up. Davidson appeared to be wearing pieces from the Adidas Originals by Alexander Wang collection. He also kept things more casual by wearing his loafer slippers.

While the 26-year-old actor was spotted heading out, it appeared he was going for an incognito look.

Earlier this year, a source told E! News that Pete was focusing on his well-being and wanted to “take a break to work on his mental health.” Due to his decision, he and the 18-year-old model put their romance on hold. And it appears things have completely fizzled out between the two since.

“It became very clear that he had to go and do this and couldn’t wait any longer,” the insider previously explained. “This is his second time seeking treatment, his first being in 2016.”

Just last week, Kaia was spotted for the first time since their split. She kept things low-key, as she slipped into an over-sized leather jacket that she paired with black pants and large sunglasses.

She was seen in New York City on Jan. 15, and reunited with her mom, Cindy Crawford. Prior, the 18-year-old was spending time in Hollywood, Florida for a modeling job with Louis Vuitton.

News of Kaia and Pete’s recent outings come only a few weeks after Gerber’s parents, Cindy and Rande Gerber, seemingly got involved in the relationship. At the time, which took place over the holidays, the famous family was seen having an intense conversation outside of the model’s apartment.

“Cindy and Rande wanted to be there for Kaia and supportive of her. They are very involved and loving parents and they would do anything for her,” a separate source shared. “They stepped in to try and guide her and to help Pete through a difficult time.”

The source added, “They tried to intervene and offer what they could. It’s been upsetting for Kaia and for them to see their daughter dealing with something so serious.”

It’s clear the former couple is starting to move on from their relationship.