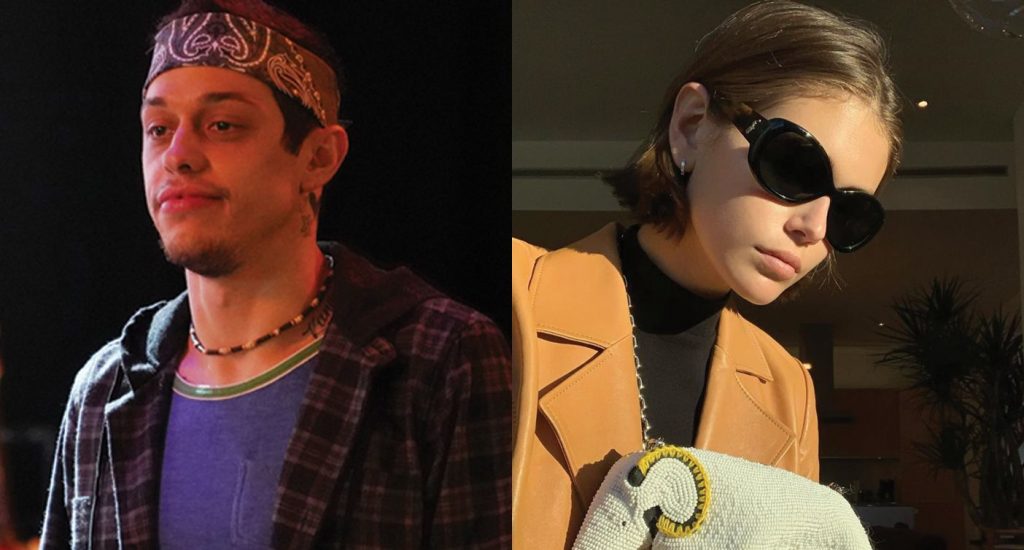 Pete Davidson and Kaia Gerber reportedly split: What we know


After a whirlwind three months, it’s apparently over for Pete Davidson and Kaia Gerber. E! News reports the Saturday Night Live star, 26, and 18-year-old model are “cooling off.” A source says Davidson is “taking a break to work on his mental health.”

“It became very clear that he had to go and do this and couldn’t wait any longer,” the insider said.

A second source told E! Davidson is in “a program” so he and Gerber “haven’t had a lot of contact.” The insider claimed the model “doesn’t know if she wants to continue in their relationship,” especially since she “wasn’t comfortable with what she saw and doesn’t know if she can handle it.”

“What she saw happen with Pete was very concerning and scary for her… She cares about Pete and wants him to get better,” the source alleged. “But their future is very much up in the air.”

Page Six also reported the couple’s romance seems to have fizzled out and that it was Gerber’s decision.

“It looks like Pete and Kaia are over,” the source said. “It got very overwhelming for Kaia. Pete has a certain M.O. and he’s very intense to his girlfriends. Kaia is only 18 and it’s a lot to deal with.”

A different insider also noted to Page Six that Davidson, who has borderline personality disorder, “has been getting some help.” The comedian previously sought treatment in 2016. He alluded to a future rehab stint in December.

“I’m going on ‘vacation’ but insurance pays for some of it, and they take your phone and shoelaces,” Davidson said on SNL. “And it costs $100,000 but I still have roommates.”

The news comes weeks after it appeared Gerber’s parents, Cindy Crawford and Rande Gerber, intervened to help the actor. Davidson was last spotted in public in December leaving Gerber’s apartment building after her parents were photographed having an intense conversation outside.

“Cindy and Rande wanted to be there for Kaia and supportive of her. They are very involved and loving parents and they would do anything for her,” a source told E! News at the time. “They stepped in to try and guide her and to help Pete through a difficult time.”

Gerber’s parents were trying to be there for Davidson since they see “how troubled he is and how much he is struggling.”

E!‘s insider added, “They tried to intervene and offer what they could. It’s been upsetting for Kaia and for them to see their daughter dealing with something so serious.”

Davidson and Gerber first sparked romance rumors in October. They confirmed their relationship weeks later with various PDA sessions. In December, he referenced his relationship with the model on an episode of SNL.

When talking with Weekend Update host Colin Jost — who is engaged to Scarlett Johansson — he said, “It’s not fair Colin. You get to date a famous woman and everyone’s delighted, but when I do it the world wants to punch me in the throat. What’d I do?”

Neither Gerber nor Davidson has commented. Amid split news, Gerber has been spending time in Miami with Davidson’s friends, actor Tommy Dorfman and Queer Eye‘s Antoni Porowski.

As for Davidson, it was announced Wednesday his film King of Staten Island will open SXSW film festival in March.