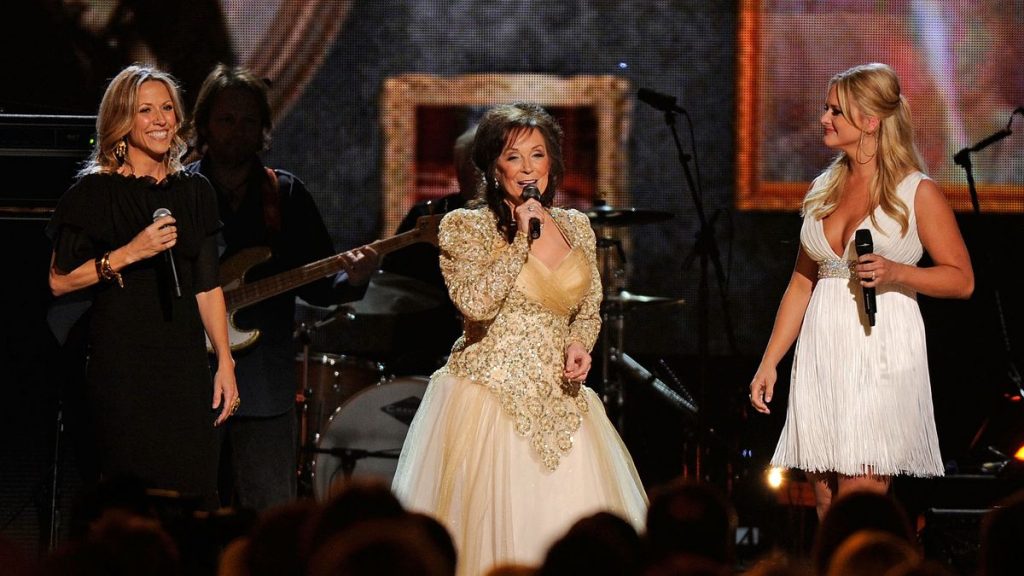 Part II of the Miranda Lambert Hour at CRS

Where did we leave off yesterday?

Oh yes. It was Miranda Lambert talking about how she approached her new album Wildcard a lot like her debut album Kerosene.

During her rare, hour-long conversation at the annual Country Radio Seminar on Wednesday (Feb. 19), Lambert reflected on all the music she’s made since she signed her major label record deal. And how it wasn’t all No. 1 hits right out of the gate.

“I didn’t have my first No. 1 until ’White Liar,’” she said of the song off her 2009 album, a good four years after her debut. “I think with Revolution, I realized that I was connecting with people. And I knew at the time, if I don’t break through on this one, I never will. I sold over a million copies of Kerosene and Crazy Ex-Girlfriend and didn’t have a song go past 12. I really needed this to happen. I remember feeling I really need this now. I got my foot in the door and thanked everyone for appreciating more than just my fiesty side.

“It’s interesting because I’ve had a career based on songs, not hits. The crowd doesn’t know that ’Gunpowder’ was 9 and ’Wagon’ was 11. Nor do they care. Nor do I care. As long as they hear it, then that helps everybody. I can’t play shows if I’m not heard. I need them to hear new music, because they’ve seen me several times. When they’re weighing out, ’Do I go see Luke Combs or Miranda? I’ve seen her several times.’ He’s new and he’s great. And they only have money for one ticket,” she said. “It’s nice to have a new song — or seven — you can promote. That helps.”

When the conversation turned to meeting her heroes, Lambert said she’d had a long list, and by now she’s met almost of all of them. But this one time was almost too much. “Singing with Loretta (Lynn) was very emotional for me. I cut a song with her and Sheryl Crow, and I cried all day. I just couldn’t believe I was going to be with the two of them all day. Loretta sat with me in her kitchen and told me real stories about her life. I’ll never forget that day.”

Then there was the first time Lambert met Dolly Parton. And the advice Parton gave her. “I walked in the room when we were filming something for ’Dumplin’ and she turned me around and said, ’Find your good light.’ That was the first thing she every said to me. That was already great advice.

Lambert’s next stop is tonight (Feb. 20) in Anaheim, California.