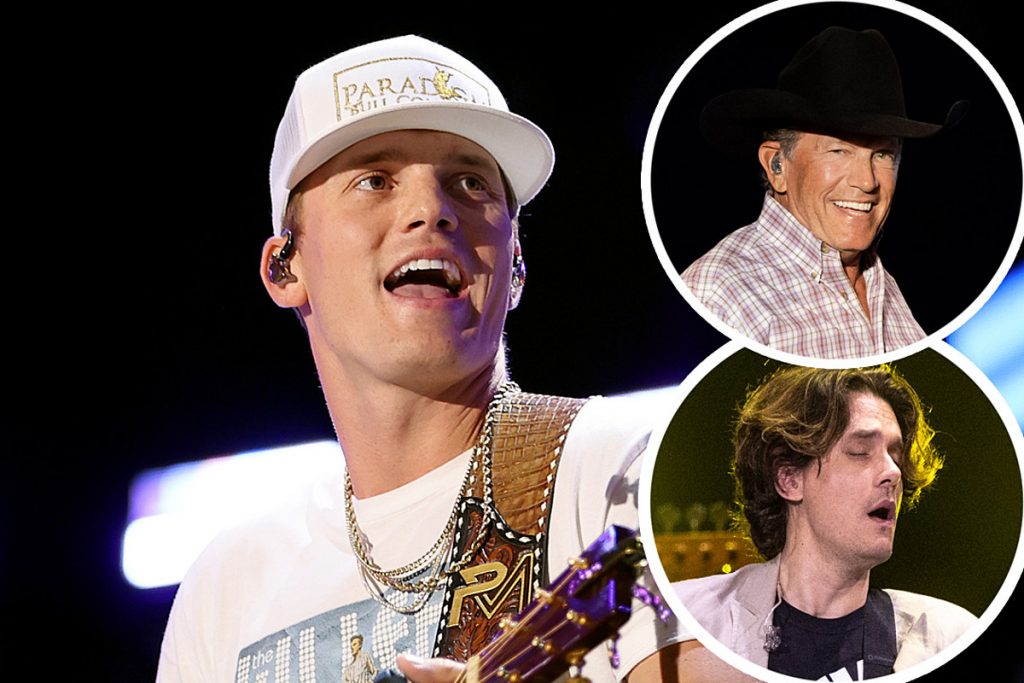 In country music, every single country artist that I have ever met has been more than polite. So for me to say that Parker McCollum is one of the most polite of them all, that’s a big statement. That is exactly my feeling after hanging with Parker a few times, and again after sitting down to chat with him most recently.

One of the things that I wanted to bring up to Parker when he stopped by Taste of Country Nights the other day, was how he is getting comparisons from major music outlets to both George Strait and John Mayer. I know from speaking to him in the past that George Strait is pretty much a superhero to him, and John Mayer is his second favorite artist of all time. I was very curious to how he feels about getting compared to his musical idols.

When I asked Parker this question, he was telling me that he doesn’t like the comparisons because those two artists are on a whole other level than he feels like he is. He said the comparisons to those two are not correct, or nowhere even close to hitting home. He has so much admiration for those artists and how they have mastered their crafts and careers, and he is working on getting there, as well, but he’s not there yet.

“The comparisons to either of those two are not correct or even close to hitting home,” he tells me. “I think what I do is very different. I think I am very different from them. I just have as much admiration for their craft and the way they’ve gone about their career as one could have for another.”

Parker McCollum and I also chatted about being a newlywed, going on tour with Thomas Rhett, opening for George Strait, his first major purchase and so much more. Check out the full interview with Parker McCollum when you stream Taste of Country Nights, On Demand on the free Taste of Country App or wherever you get your favorite podcasts.