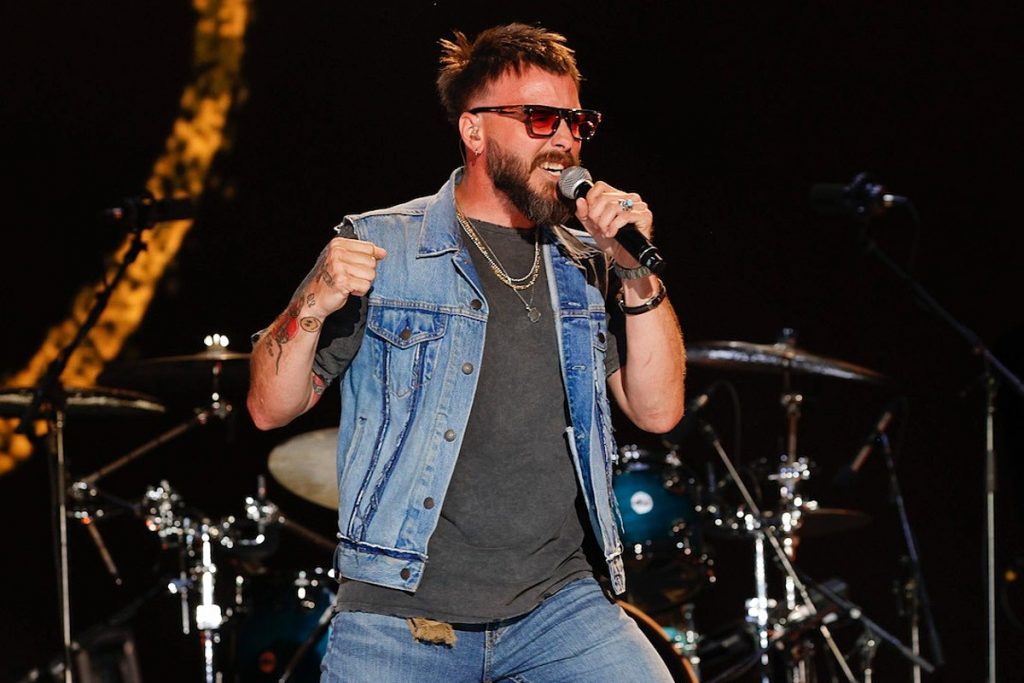 
Looks like this rising star will need to write a sequel to his breakout hit, “My Boy”: As of July 20, Elvie Shane is officially the proud papa of a baby girl. With wife Mandi Payton, he welcomed a 8 lb 1 oz daughter into the world, making the them a family of four. Shane is also step-dad to Mandi’s teenage son, who is also the inspiration behind “My Boy.”

Payton gave birth in Somerset, Kentucky and the couple named their daughter Zaelyn Journey Payton. The name “Zaelyn” is a particularly meaningful one, the couple explained in the birth details they shared with People.

Shane revealed that it was his mother who first knew her granddaughter was on the way. “A while back my mom called me to tell me she had a dream that God told her I was going to have a baby girl,” he explained.

It wasn’t until after finding out they were pregnant and deciding on the name Zaelyn that he realized his mother’s premonition was spot on. “I didn’t think much of it until we decided on the name Zaelyn and looked it up,” he said. “Lo and behold, it means ‘gift of god.’”

Though the couple have been co-parenting their older son, they were careful about when to expand their family. “We’ve spent nine years waiting for the perfect time to have a baby,” they revealed “only to realize there is no such things as the perfect time.”

The timing, as well as precious baby Zaelyn, appear to be perfect. Coming at a time when Shane is enjoying quite a bit of musical success as an artist. “Our hearts are so full,” the couple shared, “Celebrating a Top 15 single about ‘our boy’ and the birth of a beautiful, healthy, baby girl all in the same week is more than we could have ever hoped for.”

The Kentucky-born singer-songwriter first made an impression in late 2020 when “My Boy,” his debut single, went viral on TikTok. An ode to blended families everywhere, Shane’s song easily tugs at the heartstrings of anyone who has taken an unconventional road to finding their family. Since the song’s breakout success, he has also released an EP, Country Roads,  which introduces fans to his unique musical style and diverse influences, from Steve Earle to AC/DC.

Meet the Country Babies Born in 2021:

Welcome to the world, boys and girls! These babies are the newest members of the country music family, all born in 2021.