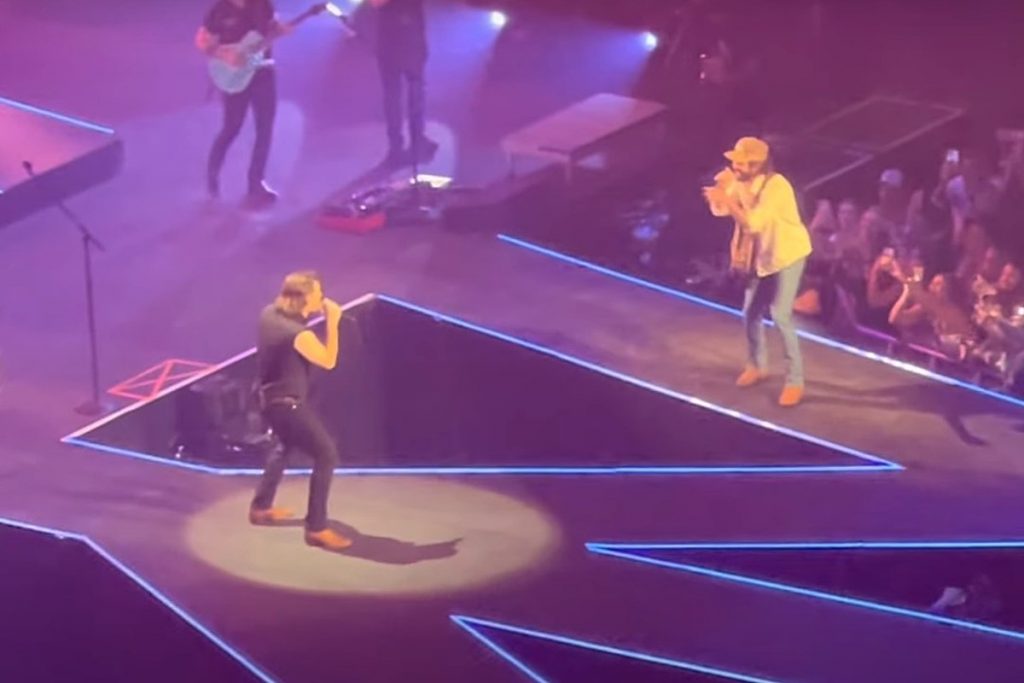 
Morgan Wallen pulled out all the stops for his three consecutive sold-out show at Bridgestone Arena in Nashville over the weekend. On March 18 — the final night of the triple show run — he surprised the audience by bringing out Thomas Rhett for a duet.

After singing the first verse and chorus of “Whiskey’d My Way,” Wallen introduced Rhett to the stage for the second verse. The two closed out the song together, much to the delight of the crowd. Watch below:

Rhett is very familiar with the song, as he co-wrote it alongside Matt Dragstream, Josh Miller and Josh Thompson. Wallen included the track on his album Dangerous: The Double Album. The record-breaking project won him Album of the Year at the 57th annual ACM Awards.

The “Sand in My Boots” singer’s back-to-back-to-back shows in Nashville included some other surprise guests: Jason Aldean, Eric Church, Jimmie Allen and Ronnie Dunn all found themselves on stage at some point during Wallen’s extended tour stop in Nashville.

He also invited Ernest to join him for a rendition of their song “Flower Shops,” on which Wallen is featured.

The Dangerous Tour will continue through Sep. 25 with several back-to-back stops along the way, with Hardy and Larry Fleet aboard as supporting acts. Wallen will also open for Eric Church on his one-night only show in Minneapolis on June 11.

Morgan Wallen has sold his Nashville home for $835,000. The country singer sold his home for a $135,000 profit five months after being filmed on his driveway using the N-word. The 4-bedroom, 3-bathroom house is a two-story house near Nashville’s 8th Ave. It’s over 2,700 square feet. Redfin confirmed the house sold on July 8, 2021, less than one month after it was listed.