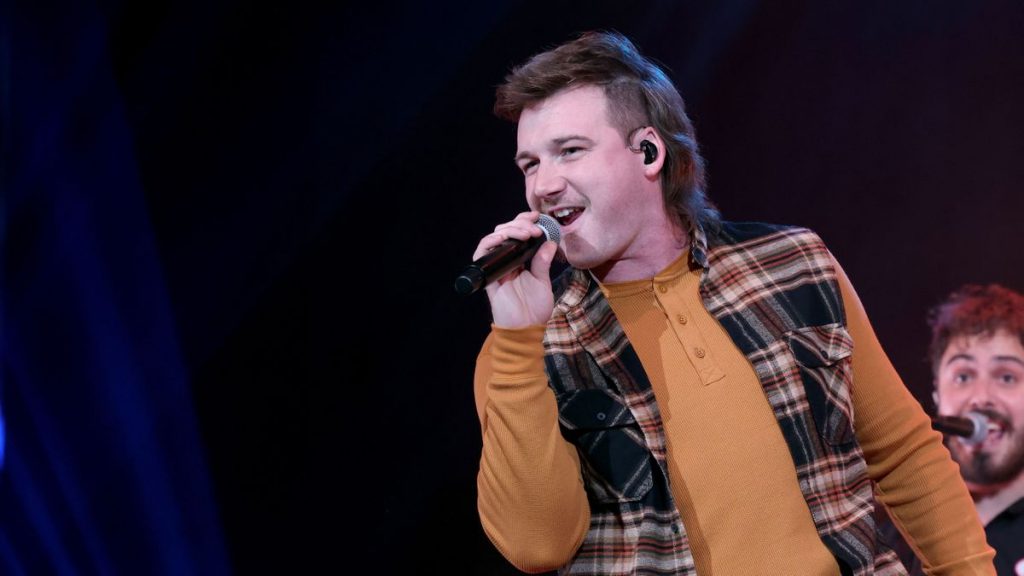 Just when you think you know a guy, he throws out a list of musical influences that you never saw coming. So thanks, Morgan Wallen, for being a blessedly unpredictable.

After his Tuesday night (Jan. 12) album release show at Nashville’s Ryman Auditorium to celebrate his new double album Dangerous, Wallen is now revealing his 10 Songs That Made Me on Spotify. And it’s actually kind of refreshing to see his wide-ranging list of the songs and artists that shaped him and his own music. Alan Jackson, Eric Church are the two country stars that made his list, but he’s also got Breaking Benjamin, Nickelback, Lil Wayne, Gucci Mane, Bad Company, The War on Drugs and The Eagles on it.

Here are a couple country highlights from the sh

First song that made you want to be a musician? “The Old Rugged Cross” by Alan Jackson.

“The song that first made me want to be a musician is ’The Old Rugged Cross’ by Alan Jackson. I grew up in church. My dad is a preacher and naturally, I was around a lot of hymns. It was a Southern Baptist church. So we mostly sang hymns. And I first heard it in church with a choir type setting. So that’s kind of the version that I hear in my head mostly,” Wallen said. “But Alan Jackson’s version is my favorite recorded one. I really love Alan Jackson, just his whole catalog. I think he’s one of the best songwriters and singers ever. And I think he really captured the feeling behind that song. I just really connected to the melody and the words. It just meant a lot to me as a kid. I learned it then and (it) kind of helped me develop my love for music just as a whole.”

Song you wish you had written? “Springsteen” by Eric Church.

“This one is just, it seems to me, like it’s perfectly written. There’s nothing that you could change to make it any better. It’s one of those songs of nostalgia that make you wish for something even if you didn’t have it, it takes you to a place in time. And it’s so vividly descriptive and uses clever words and titles based off Springsteen. I just think it’s really, really incredibly done,” he said. “And I definitely would have been proud to have my name on it. You know, I listen to Bruce Springsteen a little bit, but it’s not one of my go-to’s to be honest. I don’t think I even relate to the song because of the Springsteen aspect. I think it’s just more of the images and the things and the places that it takes my mind.”

Wallen also talked about the process of making this new batch of 30 songs, especially with the unprecedented things that were happening in the world while he was making it. “It’s been my way of getting away from it all. It wasn’t ever a goal or a plan to make a double album as my second album. It really just happened naturally,” Wallen said. “We started off the year with about twenty songs, and then once quarantine happened, I wrote probably four or five right at the beginning. So we got that number up to around 25 or so, and 30 was never the goal either. That’s just kind of how it happened. It’ll be 32 once the (Target) exclusive comes out.