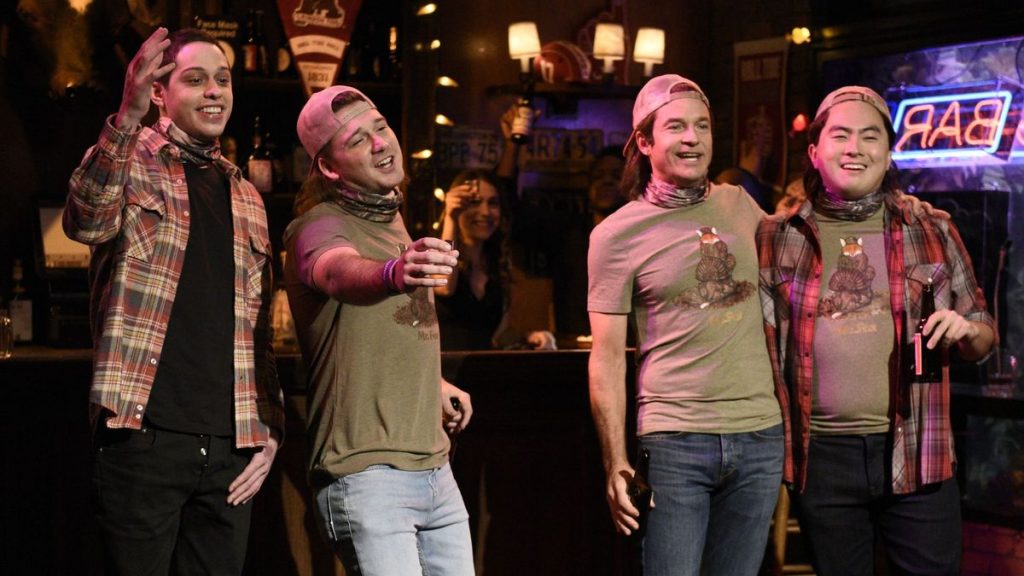 Technically, Morgan Wallen was on Saturday Night Live this weekend (Dec. 5) as the musical guest. And he did an outstanding job on that, performing his “7 Summers” and “Still Goin’ Down.” But about halfway through the show, Wallen also joined the show’s guest host Jason Bateman and the cast for a skit about, well, him.

In case you missed it, the gist of the skit was about Wallen’s night of misbehaving that originally got him kicked off the show he was supposed to be on on October 10. You can get the details on that and his sincere apology here.

So in the skit on Saturday night — set at a bar on the University of Alabama campus — Wallen played himself, Bateman played Wallen from a month in the future, and Bowen Yang played Wallen from two months in the future. Wallen jokingly raises his beer to, “No consequences,” and then immediately starts making out with a fan who is filming the whole thing. He even comes up with a new song in the skit — called “Focus on the Future” — about raising a glass and thanking the show in advance for giving this poor southern boy a second Yankee chance.