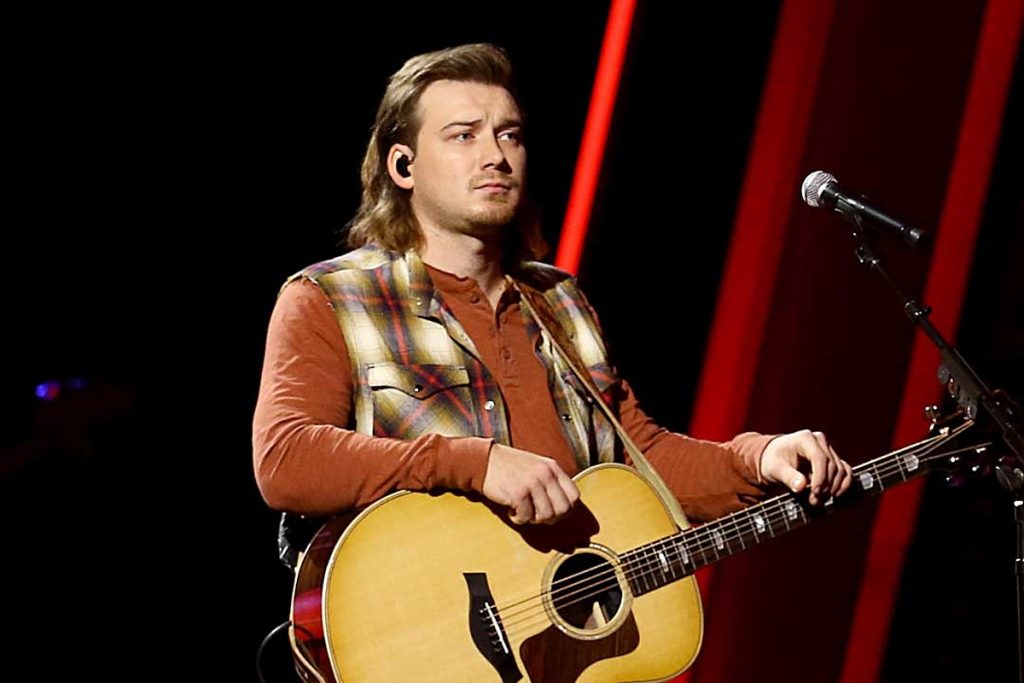 
Morgan Wallen has established a new foundation that aims to help young people in need find a forever family and support them in trying to build the best life possible. According to its website, Wallen’s More Than My Hometown Foundation “believes every young person deserves the best chance at a great life, by strengthening and fostering these four pillars: family, community, guidance and love.”

Named for Wallen’s No. 1 hit from 2020, the foundation wants to help “children, adolescents and teenagers” find stable, loving homes that can help them “rebuild their confidence, self-belief, and to feel forever loved,” the website continues. The organization seeks to partner with cities and towns to develop after-school programs that will help young people interact with “positive role models and community leaders.”

The More Than My Hometown Foundation will also support economically disadvantaged communities by donating educational technology, sports gear and musical instruments to programs that help support youth, and it aims to establish relationships with children’s and veteran’s hospitals through annual visits, pre-taped and in-person performances and gifts for the patients and their families.

In a statement on the foundation’s website, Wallen says the idea for the organization came out of his own family’s experience.

“Since my parents fostered and now officially adopted my sister Lacey, I’ve witnessed what love and care can do for a child that didn’t have it before. She has transformed into a confident, trusting and happy kid,” he writes.

“There are many elements that aid in the development and protection of an adolescent’s life, and that is why I created the foundation so a child’s resources are not limited due to their circumstances.”

News of the foundation comes as Wallen begins a return to public life, five months after a video of him using a racist slur went viral after TMZ published it. Wallen was dropped from country radio and streaming playlists, saw his record contract suspended and was dropped from consideration at multiple awards shows after the scandal, while his Dangerous album actually saw a large sales spike as his most ardent fans rallied to support him.

Wallen has a new song, “Sand in My Boots,” that has been quietly gaining traction at country radio, and he granted his first public interview since news of the N-word video broke on Friday (July 23), sitting down with Michael Strahan on Good Morning America. In the interview, he said his use of the word was not meant with malice. He had been partying with some friends for days when he directed the word at one of them.

“I was around some of my friends, and we say dumb stuff together,” Wallen said, adding that he does not use the N-word “frequently,” and that he “didn’t mean it in any derogatory manner.”

“In our minds, it’s playful,” Wallen added. “That sounds ignorant, but that’s really where it came from.”

Asked if country music has a problem with race, Wallen stated, “It would seem that way, yeah. I haven’t really sat and thought about that.”

Nashville NAACP President Sheryl Guinn decried Wallen’s remarks to TMZ, saying the appearance wasn’t arranged because he felt sorry for using the word, but because he was sorry for being caught. She said he displayed white privilege by not caring enough to learn about the hurt the word causes, and offered up several suggestions for how he might make a positive change.

Wallen told Strahan that he met with members of the Black Music Action Coalition, as well as gospel singer BeBe Winans, and he also said he donated the approximately $500,000 he earned after sales of his music spiked after the scandal to BMAC and other organizations. He also said he checked into a rehab program in California for 30 days to address whether he has an underlying alcohol problem or a larger issue, but Wallen did not clarify whether he believes he has a drinking problem.

There have been many creative country albums in 2021, but not all have hit the mark. Artists are more than ever toying with distribution methods and packaging as much as they are new sounds, so you get double and triple albums, Part 1 and Part 2, and digital EPs in lieu of a traditional 10 or 11-song release.

The bar for an EP on this list of the best country albums of 2021 is higher than an LP, but one project did crack the Top 10. Too much music proved to dampen other artist’s efforts, although Alan Jackson’s first album in years was filled with country music we couldn’t turn away from. Where Have You Gone has 21 songs, but somehow no filler.

More than ever, this relied on staff opinion and artistic merit to allow for some parity among major label artists and independents. The 10 albums listed below are not ranked, although the year-end list published in the fall will crown a true best album of 2021.