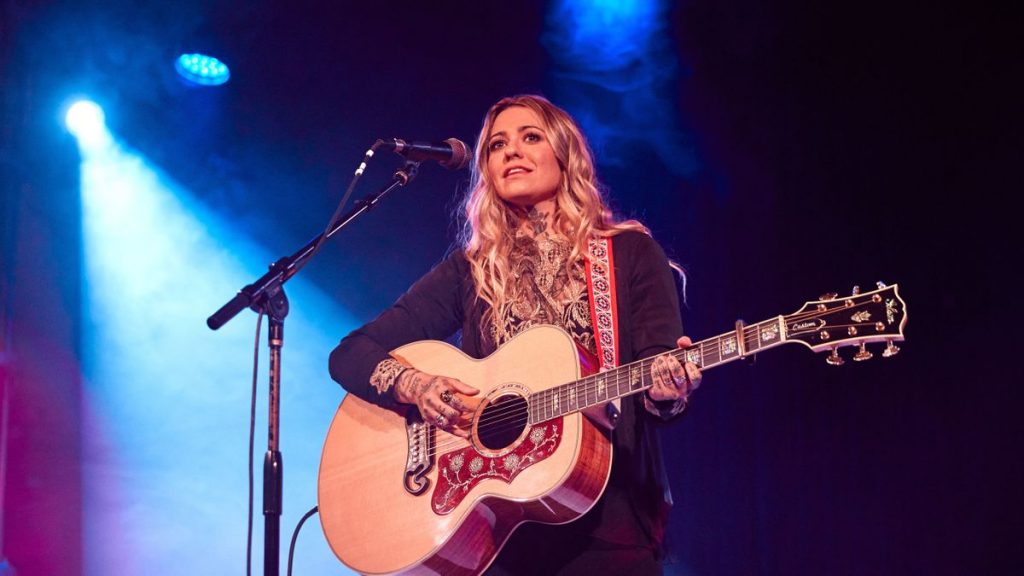 Morgan Wade has been open about her love of tattoos, bluegrass music, her dog Sony and her sneaker collection, but an affinity for housewives comes as a surprise.

“The Real Housewives of Beverly Hills” star Kyle Richards recently posted a photo of herself, Wade, and some of her Real Housewife friends sharing a fancy dinner at Beverly Hills Italian restaurant Il Pastaio.

However, the meal was Richards’ idea.

“I stalked @morganwademusic on IG after listening to her music while driving solo from Utah to Colorado while making #housewivesofthenorthpole & today we met up in person for the 1st time,” Richards wrote. “The most unlikely of friendships some may think but kinship knows no boundaries.”

Boundaries aren’t something Wade spends much time worrying about – in music or life.

“Y’all are the best,” Wade wrote in the comments of Richards’ Instagram post. “So glad you stalked me.”

Wade, one of CMT’s 2022 Next Women of Country, released the deluxe version of her album “Reckless” at the end of January. The expanded tracklist includes a version of Elvis’ Presley’s “Suspicious Minds,” “The Night,” which is a poignant statement about mental health, and “Run,” a song about escaping painful memories.

She fearlessly navigates genres and topics with a conviction that serves her voice and art. She gives voice to situations that aren’t usually reflected in country music in the process. She says the more exposed she is, the better it makes her feel.

“There are a million fake people out there, and who needs more of those? Who listens to them? Or believes it?” Wade said in a statement. “If you’re struggling, and you put it out there, people say, ’I really connected with (whatever the content).’ In making other people feel less alone, somehow, I’m less alone. So, I give away my feelings; then I get a sense I’m not the only one.”

Wade told CMT that almost all of it was unexpected.

“This past year, the people that I’ve sat down with, these are things I never thought would happen,” she explained. “Things have changed. I’ve been a little nervous because of all the attention I’m getting, but so far, it’s been really good attention. I’m really grateful.”