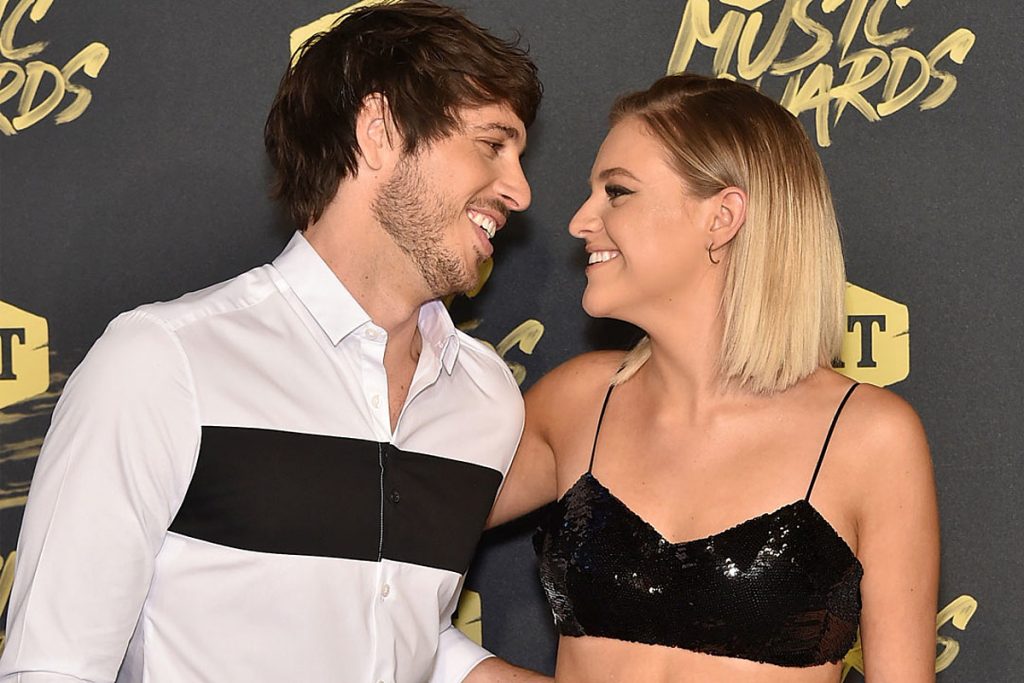 
Morgan Evans confirmed his divorce from Kelsea Ballerini in an emotional Instagram Stories post on Monday afternoon (Aug. 29), hours after Ballerini told her fans about the split.

While Ballerini’s message to her fans was relatively lengthy, Evans’ note was succinct.

“I am very sad to confirm that after almost 5 years of marriage, Kelsea and I are parting ways,” he writes. “I wish it were otherwise but sadly it is not.”

Evans didn’t elaborate as to the causes behind their breakup, and neither did Ballerini when she shared the divorce announcement.

“This deeply difficult decision is the result of a journey of love, growth and effort that ultimately has come to an end,” the “Heartfirst” star says. “It’s hard to find the words here … but I feel extremely grateful for years of marriage to Morgan and hopeful for the next seasons.”

The country couple’s marriage hadn’t shown any outward fractures before their divorce announcement, though according to People, they dealt with their fair share of challenges and have even once went through a private separation.

“They’ve been working on their marriage for a very long time. Prior to this they had separated privately once before and have been in therapy for several years,” explains an unnamed source. “They gave it their best go but unfortunately arrived at the decision to formally separate.”

The pair were married for almost five years. They tied the knot on Dec. 2, 2017.

March 10, 2016: The pair meet while co-hosting Australia’s Country Music Channel Awards, in Evans’ native country of Australia. Sparks flew during the afterparty, when Evans offered Ballerini a celebratory shot. “I remember taking that shot and putting it down and looking at him like, ‘Oh … he’s super hot.’ Later that night he leaned over and asked if he could kiss me, like a proper gentleman, and I said yes,” Ballerini subsequently told People.

December 25, 2016: After Ballerini and Evans met, they embarked on a whirlwind courtship and got engaged on Christmas Day, less than a year after they started dating. According to Ballerini’s social media post announcing their engagement, Evans’ proposal came “nine months and 13 days” after the awards show where they first met, “while I was burning pancakes.”

Evans told People Style that the custom engagement ring he used to propose to Ballerini — made in Nashville — was “classic and beautiful, like her.”

December 2, 2017: Nearly a year after getting engaged, Ballerini and Evans tied the knot in an intimate destination wedding in Cabo San Lucas, Mexico. She wore a Berta gown with lace details and walked down the aisle barefoot, while he wore a Joseph Abboud suit, and they exchanged David Yurman wedding rings with messages for each other engraved inside, according to People.

After the wedding, Ballerini shared a tweet that tipped a hat to a classic country love song by Randy Travis.

2018: The newlyweds vocally celebrated each other’s career goals throughout 2018, with Evans celebrating Ballerini’s No. 1 hit “Legends” by taking her to Nashville’s Legends Corner in February. Ballerini would return the favor that August, when Evans’ “Kiss Somebody” hit the top spot on the charts.

“Today, my guy’s song is the No. 1 song in country music. I’ll spare you the sap, but to watch his journey with this song the last few years has made my heart explode from happiness,” Ballerini wrote on social media at the time, according to US Weekly.

July 2018: Both Ballerini and Evans had to learn to juggle busy touring schedules with married life, and despite the fact that they often had to spend days apart, they made the most of their time together and frequently made stops to see each other on the road. In July 2018, Evans even made a surprise stop in Lake Tahoe, where Ballerini was touring, and rocked her merch for the show.

February 10, 2019: Ballerini and Evans attended the 61st Grammy Awards ceremony together. Her Unapologetically album, on which Evans sang backing vocals, was nominated for Best Country Album that year.

October 2020: Ballerini and Evans began writing together during the COVID-19 pandemic, despite the fact that prior to the shutdowns, they’d typically avoided choosing each other as songwriting partners. According to US Weekly, Ballerini says she worried that writing with someone so close to her would be uncomfortable.

“I was worried that I’d get in the room and be like, ‘Oh, it’s weird that I’m writing a love song about you, with you.’ Like, I just thought I’d be so in my head about it,” she said. “But we ended up starting to write together the last few months and it’s been so much fun.”

October 18, 2021: Ballerini and Evans spent some time at Disney World together, as they both were readjusting to busy touring schedules after the COVID-19 shutdowns. Later on that month, Ballerini posted a tribute to her husband as he released his new project, The Country and the Coast.

December 2, 2021: Ballerini and Evans celebrated their fourth wedding anniversary. Evans shared a snapshot of the two of them together on his social media. “4 years on this crazy, beautiful, winding road together … and I wouldn’t wanna be riding it with anyone else!” he wrote. “I love you!”

April 11, 2022: Ballerini was scheduled to host the 2022 CMT Music Awards, but a positive COVID-19 test kept her from attending the ceremony at the last second. Instead, she fulfilled some of her hosting duties and performed from home, with Evans by her side (well, from six feet away). The couple’s dog, Dibs, even made an appearance on the at-home red carpet.

August 29, 2022: Ballerini revealed that she had filed for divorce from Evans, asking fans for their support and understanding during a difficult time. The last time Evans posted a photo featuring Ballerini on his Instagram was in June 2022, taken while they were hanging out backstage during CMA Fest.

See the Cutest Pics of Kelsea Ballerini and Morgan Evans

Kelsea Ballerini was on hand at the 2022 ACM Honors to celebrate Shania Twain, who took home the ACM Poet’s Award. Ballerini recreated Twain’s iconic music video for her 1999 hit, “Man, I Feel Like a Woman,” on the Ryman Auditorium stage.