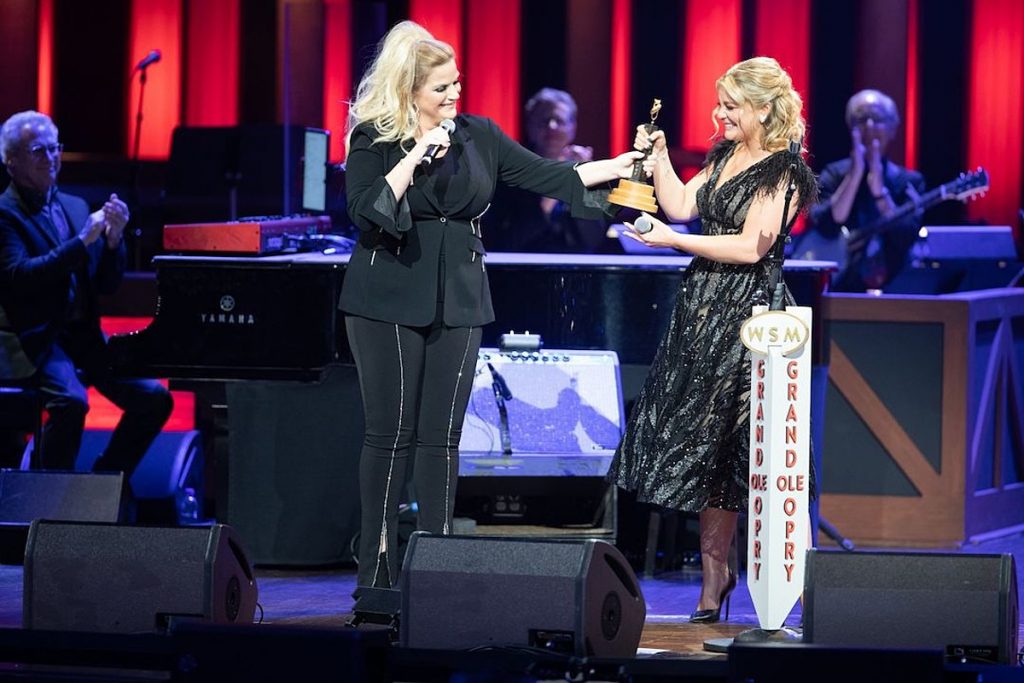 ‘More Than a Dream Come True’


As she prepared to step onstage to officially become a member of the Grand Ole Opry on Saturday night (Feb. 12), Lauren Alaina had long ago given up on her intentions to get through the evening without crying.

“I went to soundcheck and cried. I came into [the dressing room] and hung up my picture and cried. And now I’ve been talking to y’all, and I’ve been crying,” the singer joked to a virtual press room backstage, as she looked back on the emotional weight of her new title of Grand Ole Opry member.

Alaina’s relationship with playing the Opry dates back to her earliest days as a performer. Having grown up with a reverence for the Opry — and a father who always dreamed of playing the hallowed stage himself — she made her debut at the venue at just 16 years old.

“I remember the first time I stepped on the stage like it was yesterday. I looked over and my dad was sobbing sidestage,” Alaina recounts, emotion in her voice. “I was just out there, and I was so young, and I was thinking, ‘This is like a little kid getting to go to Disneyland for the first time.'”

Back then, Alaina might have fantasized about what it could be like to become a member, but she couldn’t truly imagine it as a real possibility — not yet. Instead, she started building her career as a budding country star, putting together a list of goals with her manager that included headlining a tour, getting No. 1 country radio songs and writing a book.

Since she made that list of goals, Alaina has accomplished them all — in fact, with her Opry induction, she checked off the last item on her to-do list.

“[Becoming a member] was my last goal that I made with my manager. So after tonight, I guess I gotta sit down and make some more goals,” she continues, adding that accomplishing this last one still hasn’t quite sunk in, and she isn’t sure if it ever will.

For her induction night set list, Alaina tipped her hat to the songs that helped her along the way — early hits like “Road Less Traveled” and “What Ifs” — newer songs like “Getting Over Him” and even a duet with Trisha Yearwood, the country mentor who asked her to be an Opry member and was on hand for her induction ceremony. They performed Yearwood’s “Walkaway Joe” together during the show.

But Alaina included one more nod to her early Opry days when she took the stage on Saturday night. “Can I tell you a fun fact?” she told press before the show. “I wore this in my debut — this necklace. This exact necklace. And my stylist kept it for years and years and years. So I’m wearing it tonight.

“I don’t know that I ever imagined this day would come. I dreamed for it,” she reflects, “But it just seemed like something that was just so out of reach. And I’m just really proud to be here.”

10 Things You Might Not Know About the Grand Ole Opry: