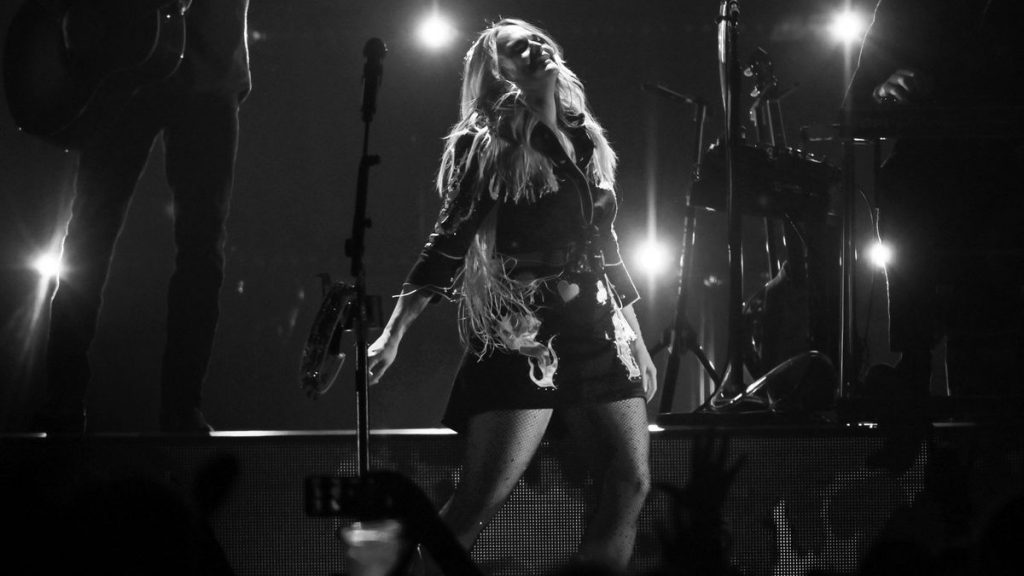 With everything Miranda Lambert has going on in her life right now — her brand new single, her newlywed life with her husband, seven nominations at the upcoming CMA Awards, and the death of her dog Waylon — it’s hard to fathom how she fit one more thing on her to-do list.

But at least now we know why she is adding to the list: because this story is a story that needs to be told.

In addition to her role as executive producer on the scripted country musical podcast Make It Up As We Go, Lambert is now playing the role of Miranda Lambert. “I’m excited to be part of this project because it is an authentic story that shows the challenges female singer-songwriters face within the industry,” Lambert told CMT.com.

Which is exactly the kind of will-she-or-won’t-she-find-success story that the new Audio Up podcast is telling.

Make It Up As We Go follows the journey of aspiring country songwriter Charlotte (Scarlett Burke), and the characters she meets as she navigates Nashville. Lambert is one of those characters, and is appearing as herself — while Charlotte pitches her a song — in episode five on Thursday (Oct. 29). Then there’s also legendary Nashville producer Van Tyler (Billy Bob Thornton), vocal coach Apollo Joiner (Craig Robinson), country radio personality Bobby Bones (playing himself), real-life success Lindsay Ell (playing herself), along with appearances from actor Dennis Quaid, Nashville hitmaker Nicolle Galyon, Ward Guenther, founder of Music City’s highly-regarded Whiskey Jam and more special guest stars.