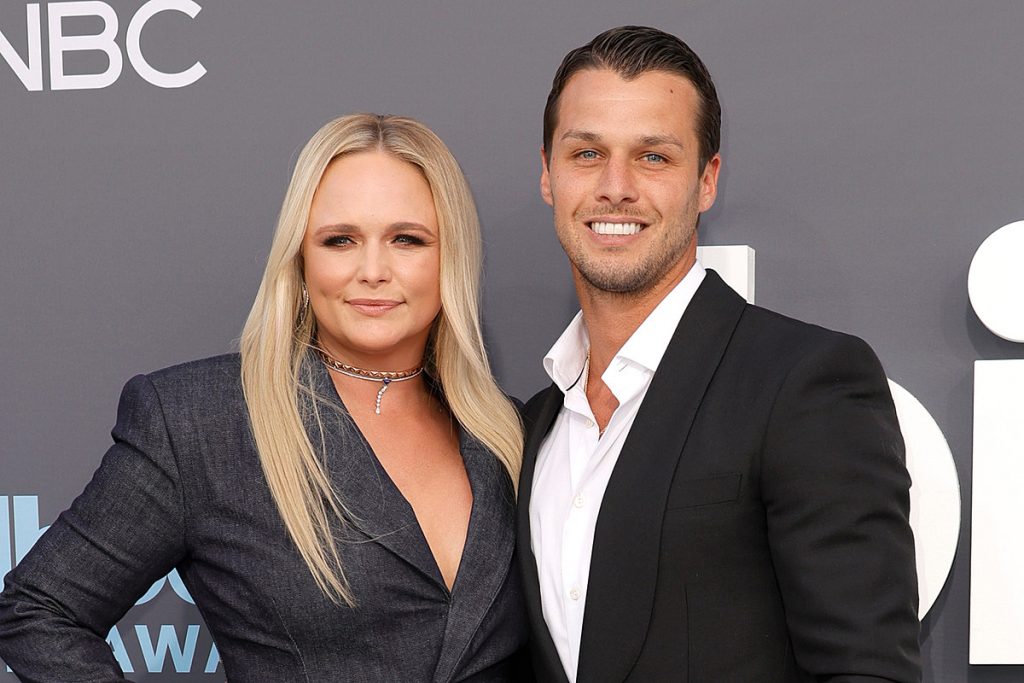 Miranda Lambert Shares Shirtless Snap of Husband for His Birthday


Miranda Lambert turned to social media to wish her husband, Brendan McLoughlin, a happy 31st birthday on Friday (Oct. 14), and she shared a shirtless picture of him to mark the occasion.

The country singer turned to Instagram to share a series of pictures of McLoughlin, starting with one in which he’s standing shirtless in the doorway of their travel trailer, smiling. Subsequent photos include him seated on the tailgate of their red pickup truck with some of their many dogs, grilling in the great outdoors, smiling alongside Lambert and more.

“Happy birthday to my [love] @brendanjmcloughlin!” Lambert writes to accompany the photos. “So happy to celebrate the man with the biggest heart and biggest smile. A lover of all things food, cooking, golf, animals , fitness, sunshine , home, adventure, travel, friends, family and me. I love you so much! #31.”

Lambert and McLoughlin first saw each other on the set of Good Morning America in November of 2018. In October of 2019, Lambert told the New York Times that she was doing media at the time to promote the release of the Pistol Annies‘ Interstate Gospel album. That’s the day her bandmates, Angaleena Presley and Ashley Monroe, played matchmakers for her and McLoughlin, at that time an NYPD officer who was working security for the TV show.

“My girlfriends, the Annies, saw him and knew I might be ready to hang out with someone. They invited him to our show behind my back,” Lambert said. “They plucked him for me. My security guy Tom, he was in on it too. He said to me, ‘He’s here. And he’s pretty.'”

Lambert and McLoughlin married just months later on Jan. 26, 2019. They kept their wedding a secret until just after Valentine’s Day, when she shared a photo on Instagram, stunning fans with the news that she was married.

Lambert has shared a number of shirtless pictures of her husband online in the years since, and she says he doesn’t mind the attention it receives.

“I told him, ‘God gave you that amazing body. You’re beautiful. Please share with the world. Don’t be rude,'” she joked.

Miranda Lambert and her husband, Brendan McLoughlin, recently sold their luxurious Nashville mansion, and fans will recognize several of the spaces pictured online from various social media posts. The 5-bedroom, 5.5-bathroom, 5,800-square-foot house is gated and very private, and it sold for $2,595,000.