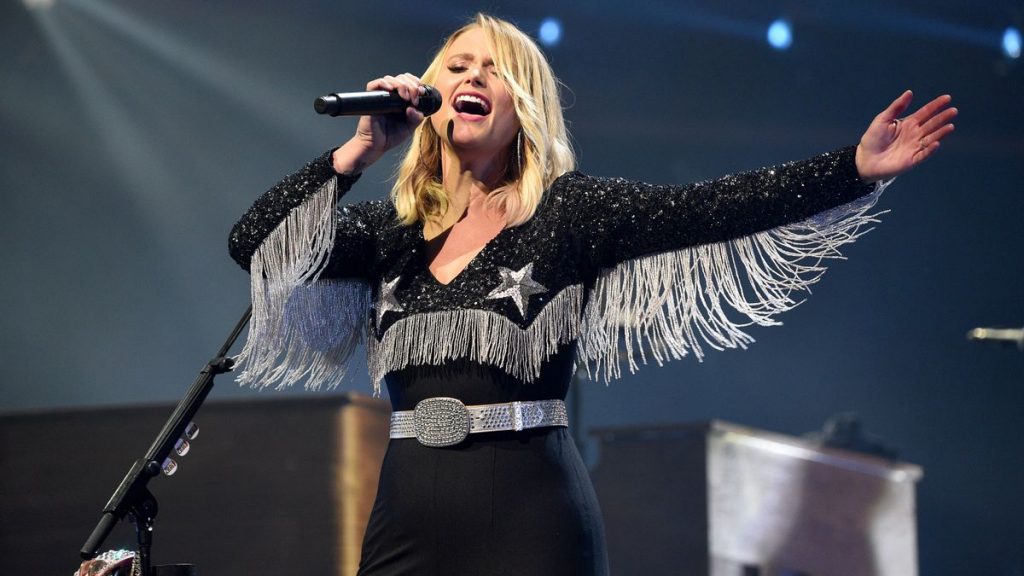 When the global health crisis brought live music to a sudden halt, artists were forced to pump their breaks and reevaluate their next steps. Multi-platinum artist Miranda Lambert was one of many who found themselves uncomfortable with the idea of “slowing down.”

The country hitmaker previously told Rolling Stone that it was her husband, Brendan McLoughlin, who encouraged her to utilize the unprecedented time to stop and smell the roses.

“For me, it was like, ‘Alright, my tour is canceled, so now I’m going to paint, I guess.’ Or, my husband’s going to make bread, and I’m just going to sit there and watch. It’s very calming. It brought it back to super simple, and I had never had that before in my adult life,” Lambert shared.

The “Settling Down” singer continued to reveal that stepping away from the stage and spotlight has opened her eyes and sparked a new perspective on life.

“It taught a lot of us that have been on the grind for 20 years that like, ‘Oh, there’s life out there? What do you mean, ‘not working?’ It’s been a good lesson the last couple of years of forced balance,” she added.

With the Coronavirus virus still sweeping the nation and worldwide, Lambert told Rolling Stone that she internally struggles with planning and not being in control of her own future.

“There’s constant changes,” she stressed. “I’m constantly Googling things – we’re supposed to do C2C festival [in the U.K.], and I’m Googling what’s happening over there. The biggest point is we’re in control of nothing.”

When marking down her calendar, the beloved artist said she attempts to find her inner “zen” and regularly reminds herself that COVID-19 is out of her control. Although Lambert is “frustrated” and “over it,” she confirmed that she will continue to plan with safety at the top of her mind.

“You can’t stop moving forward even if your plans get canceled. It’s like, what if it changes and we don’t have anything?” Lambert questioned. Despite regulation changes, Lambert mentioned that 2021 was all about making up for “lost time financially” with her crew and band.

The award-winning artist emphasized that her main priority at the time was to “take care of everybody” and to bring “joy again.” Therefore, when the CDC gave her and the rest of the country music space the green light, that’s when Lambert realized the true power of music.

“We got to play shows again!” she said, full of excitement. “You don’t realize how much entertainment can help people through something hard, and when it’s taken away from everybody, it’s very depressing.”

While handling the “new normal,” the powerhouse vocalist toured, released a Christmas Album with the Pistol Annies, and dropped refreshing originals. “I feel like I still got work and do what I was meant to do in our own way.”

Lambert is set to kick off 2022 strong, as she did not fail to admit that material she created during quarantine remains in her music vault.

“I’ve got some things up my sleeve,” she told RS. “I really enjoyed (writing) when it was all I could do. I’ve got some stuff coming out that is from a creative time,” she concluded.

The Grammy award winner confirmed that her October release, “If I Was a Cowboy,” serves as a teaser to her forthcoming projects. While fans eagerly wait for new music, they can get transported to Marfa, TX in the new Paramount+ motion picture, The Marfa Tapes documentary.