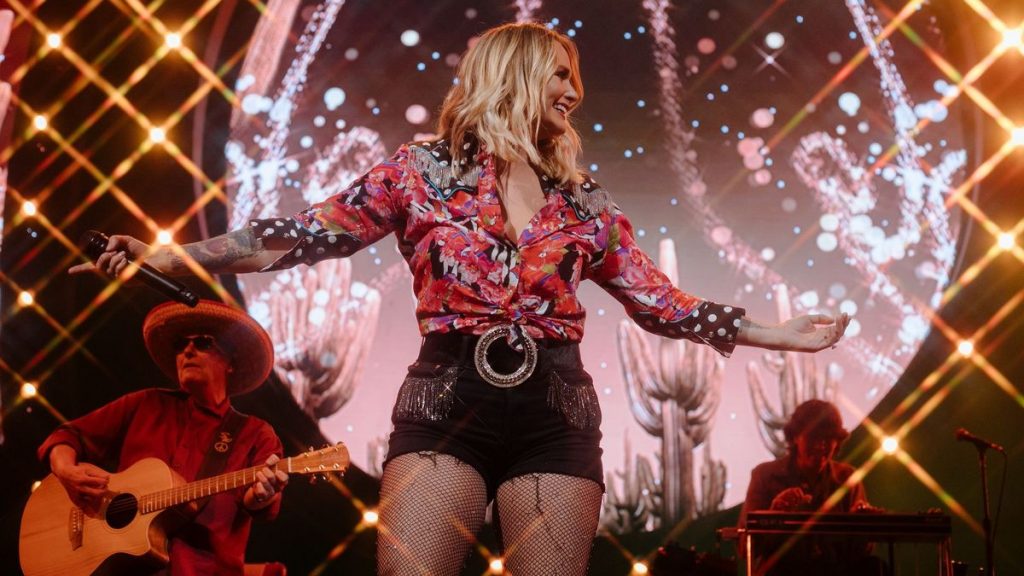 Miranda Lambert Goes Back to School to Recruit Background Singers

Being able to hang out backstage with Miranda Lambert is one thing.

But being able to sing with her backstage? Quite another.

And then being able to sing with her onstage in front of an arena-sized crowd in Dallas? Even better.

Also big thanks to the @LindaleHS Choir for joining me at the @AACenter last night for such a special moment ❤️ pic.twitter.com/pG2oUdaAo0

Lambert gave that next-level thrill to a dozen lucky choir members from her high school, Lindale High School. (Lambert’s hometown of Lindale is about an hour and a half east of Dallas.)

Over the weekend, she posted a video of the backstage rehearsal of her “Tin Man” with the choir backing her, and some of her fans posted videos of the part in Lambert’s actual show when they joined her onstage to sing for the massive crowd of fans.

This particular song is special to Lambert a for a lot of reasons. She wrote it with her good friend Jack Ingram and Jon Randall for her 2016 album The Weight of These Wings. It won the Academy of Country Music Award for song of the year in 2018. And about three years ago, Lambert explained to the Tennessean that it is a bit of a tribute to her favorite Kenny Chesney song of the same name.

“This song sort of wrote itself,” she’d said at the time. “I was a little worried at first about writing another song like that but I told Kenny, I felt the same emotion I feel when I hear that song. I was feeling it myself and the other two co-writers were feeling it as well. It comes from the same place and I guess it inspired it.”