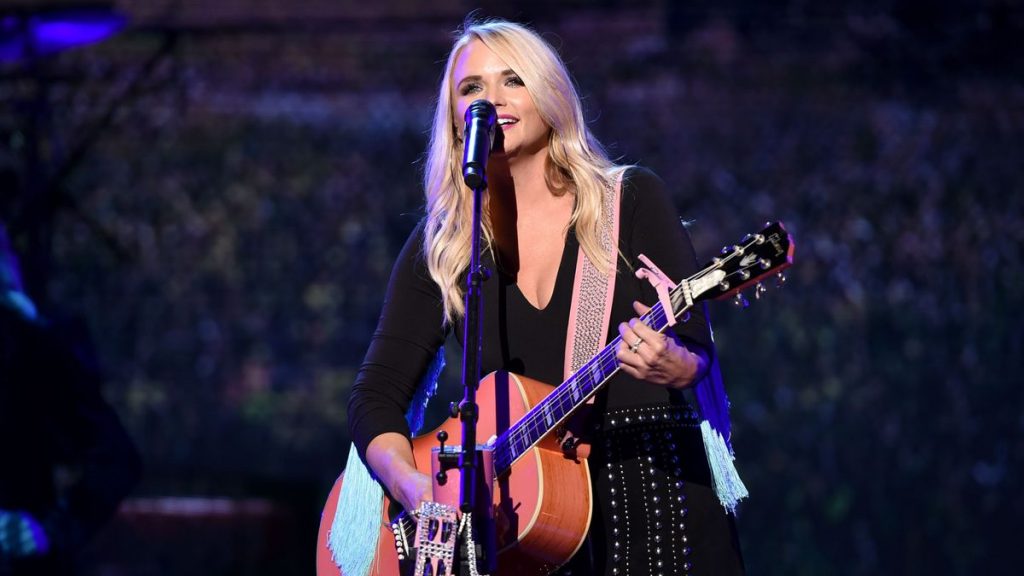 Dierks Bentley will reprise a cover of U2’s “Pride (In The Name of Love),” which he included on his 2010 album Up on the Ridge, with help from Americana duo The War and Treaty.

Several hitmakers will showcase their latest singles, including Kenny Chesney (“Knowing You”), Luke Combs (“Forever After All”) and Dan+Shay (“Glad You Exist”). Mickey Guyton, who will co-host alongside Keith Urban, will perform “Hold On.” Last year, Guyton had one of the evening’s most sterling performances, the blistering “What Are You Gonna Tell Her?” with Urban assisting on piano.

Other performances will include Brothers Osborne (“I’m Not For Everyone”), Eric Church (“Bunch of Nothing”), Alan Jackson (“You’ll Always Be My Baby and a mashup of “Drive (For Daddy Gene)”), Miranda Lambert with Jon Randall and Jack Ingram (“In His Arms”), Maren Morris and Ryan Hurd (“Chasing After You”), Thomas Rhett (“What’s Your Country Song” and “Country Again”), Chris Young and Kane Brown (“Famous Friends”), Chris Stapleton (“Maggie’s Song”), and Blake Shelton (with a performance of “Austin” to celebrate the 20th anniversary of the song, as well as “Minimum Wage”).

Carly Pearce will perform with Lee Brice on their chart-topping hit “I Hope You’re Happy Now,” while Carrie Underwood and CeCe Winans will perform a medley of gospel hymns from Underwood’s album My Savior. Kenny Chesney will also perform with Kelsea Ballerini on the new track “half of my hometown.”

The ACMs will air on Sunday, April 18 on CBS.