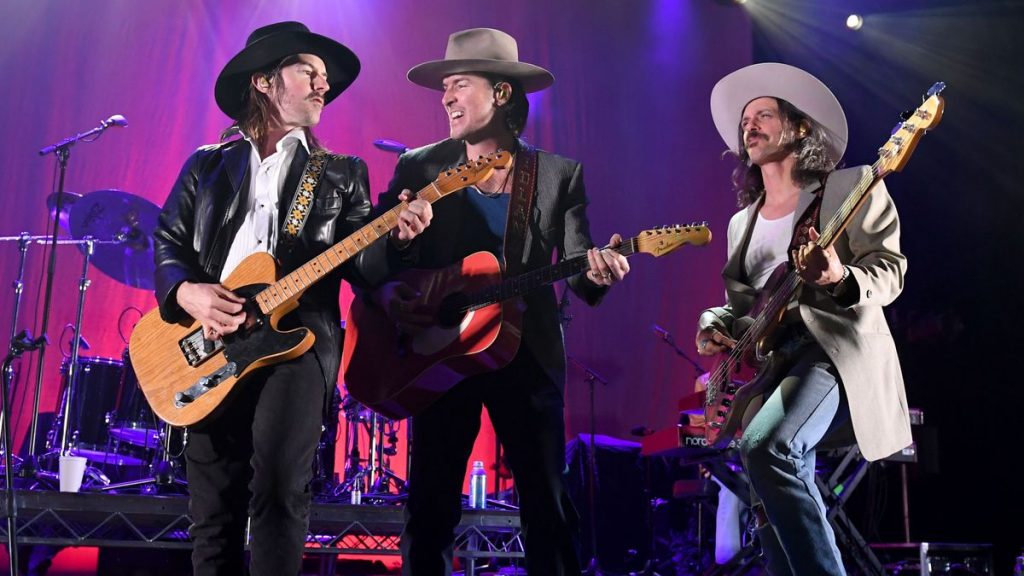 Midland on the DNA of a Cheatin’ Song

And here’s what happened.

Shane McAnally and Josh Osborne flew down to Texas to hang with the band, and together the five of them came up with the idea of a done-me-wrong song with a twist. This time, the girl’s the guilty one.

In a recent conversation with Billboard Country Update, here are a few things Wystrach and Duddy had to say about the “Cheatin’ Song.”

“What makes that song so interesting is the DNA of it, but also what makes it so dynamic is that it’s a brand-new kind of cheating song. It exists in a modern time. It’s kind of a reflection of what’s happening today.” — Wystrach

“Jess and I took a car ride with Shane and Josh to get some tacos or something down the street from Blackbird (Studios), and Josh sang us that (chorus). We were all really excited just to find time to sit down and figure it out.” — Duddy

“We kind of wanted to do a cheating song where the woman’s got all the power.” — Wystrach

“I don’t like songs about songs. I kind of find them annoying. This one just seemed to dodge the tropes of that and still (be) its own song first. It’s a song about a woman as opposed to a song about a song.” — Duddy

“I don’t know how to say this without sounding kind of like a nerd, but I felt the spirits of Conway and the old-school kind of Nashville sound that was really important to me growing up. I was having almost like a fantasy while I was singing that song, being picked up by those kind of spirits.” — Wystrach

“We live in this kind of constant nostalgia, unlike the generations before us. Our generation is probably in a constant state of nostalgia, and that is what the music sounds like for us.” — Duddy