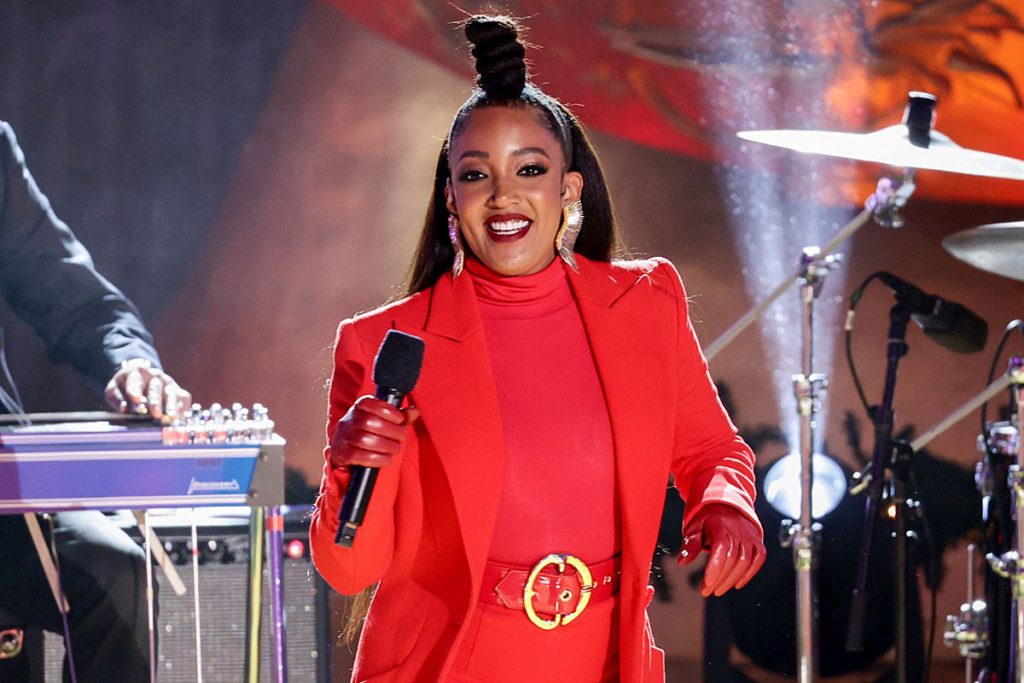 Mickey Guyton Planning Something Different for Her Next Album


Mickey Guyton is excited to share a new side of her artistry and her heart with fans as she prepares her next country project. The 2022 Grammy Award-nominated singer isn’t going to simply repeat what worked in 2021.

Remember Her Name was released in September 2021 and heralded for its social importance and the artistic courage Guyton and her team of co-writers showed in putting statements like those found in “Love My Hair,” “Black Like Me” and “What Are You Gonna Tell Her?” to a melody. It was included on several year-end album rankings lists, including Taste of Country’s (see below). The full project is up for Best Country Album at the 2022 Grammy Awards on Jan. 31, and the title track is also up for Best Country Solo Performance and Best Country Song.

“I love love,” she tells Taste of Country. “That’s one thing people haven’t necessarily heard from me. I love love, they just don’t know that. So I really wanna focus on that.”

More specifically, Guyton says she plans to focus on her marriage to Grant Savoy, with whom she has a son named Grayson. The dated for several years before getting married in 2017, and the Texas native won’t shy from the highs and lows.

“It wasn’t some walk in the park,” Guyton shares. “It is a beautiful story.”

There’s no firm timetable for new Mickey Guyton music, although she has hinted something would drop at the beginning of the year in 2022. For now, she’s very focused on the 2022 Grammy Awards, but she’s not holding out hope that she’ll come home from L.A. with any hardware. In Guyton’s mind, Chris Stapleton is the favorite to win.

This list of the best country albums of 2021 was curated by Taste of Country staff, with help from fans and with consideration of industry acclaim and mainstream accessibility.

The top album of the year is a traditional country record that makes subtle efforts to include more progressive-minded fans. Elsewhere, find projects from a dynamic mix of artists and and visionaries.