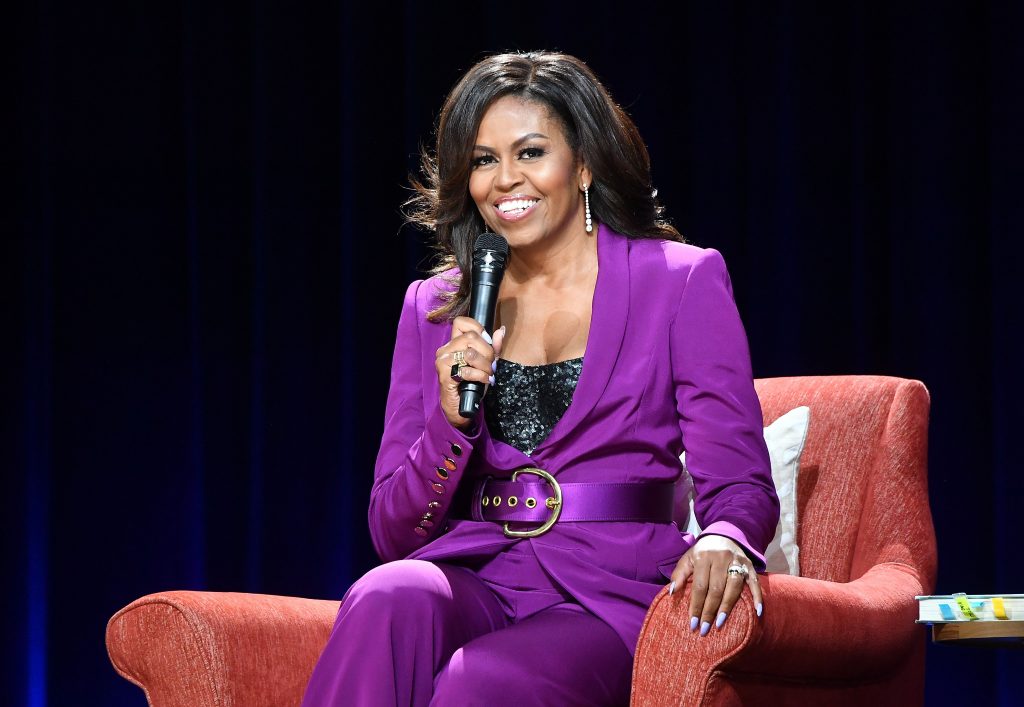 
It’s no secret that former FLOTUS Michelle Obama puts in some serious time at the gym. But if you’re wondering what jams help the bestselling author break a sweat, you’re in luck. Obama, who celebrated her 56th birthday earlier this week, just released her 2020 workout playlist, and the list features everyone from Lizzo and Cardi B to Ed Sheeran and Ariana Grande.

“It’s about that time when New Year’s resolutions get a bit harder to stick to. To offer a little inspiration, I want to share my go-to #WorkoutPlaylist with you,” Obama tweeted, sharing a two-part playlist featuring an upbeat section filled with hip-hop and R&B, followed by a cool-down section.

It’s about that time when New Year’s resolutions get a bit harder to stick to. To offer a little inspiration, I want to share my go-to #WorkoutPlaylist with you. These songs always seem to give me that extra boost to get through my toughest workouts. What’s on your playlist? pic.twitter.com/GFP56Yi9A6

Scoring a spot on Obama’s list of favorites is a highly coveted position for any artist. Lizzo posted a screenshot of Obama’s playlist on her Instagram Stories.

“STREAM ‘SOULMATE’ BY LIZZO CUS Michelle Obama says so!” the musician wrote, sharing a couple of photos of her own workout.

Ariana Grande, who appears on the 2 Chainz track “Rule the World,” was also clearly thrilled with the inclusion.

Obama, whose biceps are a particular favorite of the internet, is famed for going hard at the gym. Back in October, she posted a photo on her Instagram page which showed her baring her abs for the internet. Dressed in black leggings, a sports bra and a black hat, Obama was pictured lunging forward while hoisting a weighted ball above her head.

“It doesn’t always feel good in the moment. But after the fact, I’m always glad I hit the gym,” she wrote.

In August, her husband, former President Barack Obama, dropped his own playlist, which also featured some of the same artists, including Lizzo, Beyoncé, Childish Gambino, Anderson .Paak and Koffee.