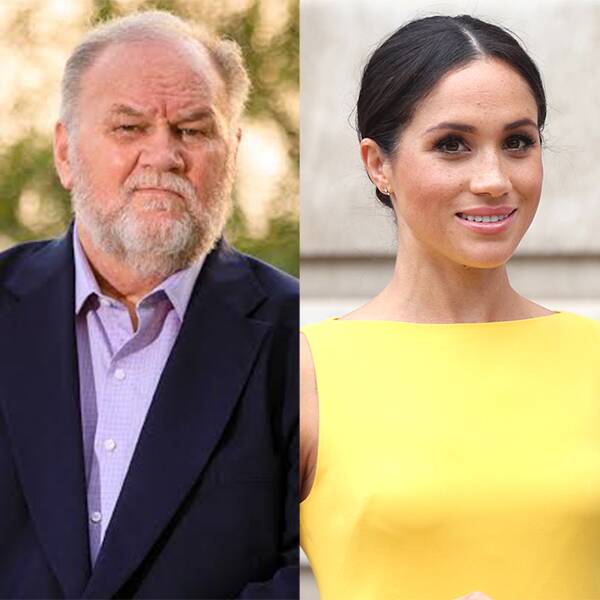 Meghan Markle‘s estranged father Thomas Markle says his daughter and her husband Prince Harryare “cheapening” the royal family and “turning it into a Walmart with a crown,” following their shocking announcement to stop down as “senior members” of the monarchy.

The 75-year-old made his comments in a documentary filmed for the U.K.’s Channel 5 after the couple’s unilateral reveal more than a week ago. An excerpt was released early on Sunday, a day after Buckingham Palace and Queen Elizabeth II announced that following discussions, a deal had been reached about the Duke and Duchess of Sussex’s future.

In their unilateral announcement, Meghan and Harry said that in addition to stepping down as “senior royals,” they seek to work to become financially independent and raise their son Archie Harrison in both the U.K. and North America. In its statements, the palace said under the terms of the deal reached, Meghan and Harry would no longer use their HRH titles and would no longer use public funds—and would also repay some that were used last year to renovate their U.K. home, Frogmore Cottage.

“It’s kind of embarrassing to me,” Thomas also says in the documentary. “When they got married, they took on an obligation and the obligation is to be part of the royals and to represent the royals and it would be foolish for them not to. This is like one of the greatest, long-living institutions ever. They are destroying it. They are cheapening it. They’re making it shabby. They are turning it into a Walmart with a crown of it now. It is something that is ridiculous. They shouldn’t be doing this.”

“I think both of them are turning into lost souls at this point,” he adds. “I don’t know what they’re looking for.”

Thomas’ other daughter Samantha Markle, a staunch critic of the duchess, also recently expressed some thoughts about the royal exit. Speaking on ITV’s This Morning show late last week, she said it appeared that Meghan enjoyed royal life at first, and then stopped when she was criticized in the press.

Over the past two years, many of the British tabloids have slammed the duchess over her looks and her alleged behavior towards royal staff, which has never been confirmed. She has also been subjected to racism and sexism by the press and on social media.

Samantha said on This Morning that it was “quite shocking and hurtful that that issue of racism would ever come out.”

“I didn’t see anything that was ever racist in nature, and so it just seemed like a misplacement of blame to avoid accountability for many things,” she said. “I’m feeling as though it was her decision [for her and Harry to step down as senior royals] because she wasn’t happy with the criticism that was taking place publicly.”

Both Samantha and Thomas have spoken out about Meghan and the royal family in the press repeatedly. Her dad has often pleaded publicly for Meghan to reach out to him since they stopped speaking just before her and Harry’s 2018 royal wedding. In his latest interview, he sounded defeated.

“I can’t see her reaching out to me, especially now,” he said.

Thomas filmed his interview for the Channel 5 documentary amid a legal battle involving him, the duchess and a U.K. tabloid, The Mail on Sunday, which she and Harry are suing for publishing excerpts of a private, emotional letter she had sent him. It is speculated that Thomas and Meghan could end up facing each other in court, where he would act as a witness for the newspaper.

“Of course he would [testify],” Samantha said on This Morning.

Thomas has previously defended his choice to make the note public. In recently filed court documents, The Mail on Sunday claims the duchess’ “privacy rights do not extend to silencing her father,” and that she allegedly sent him the letter knowing that it might become public at a later date.