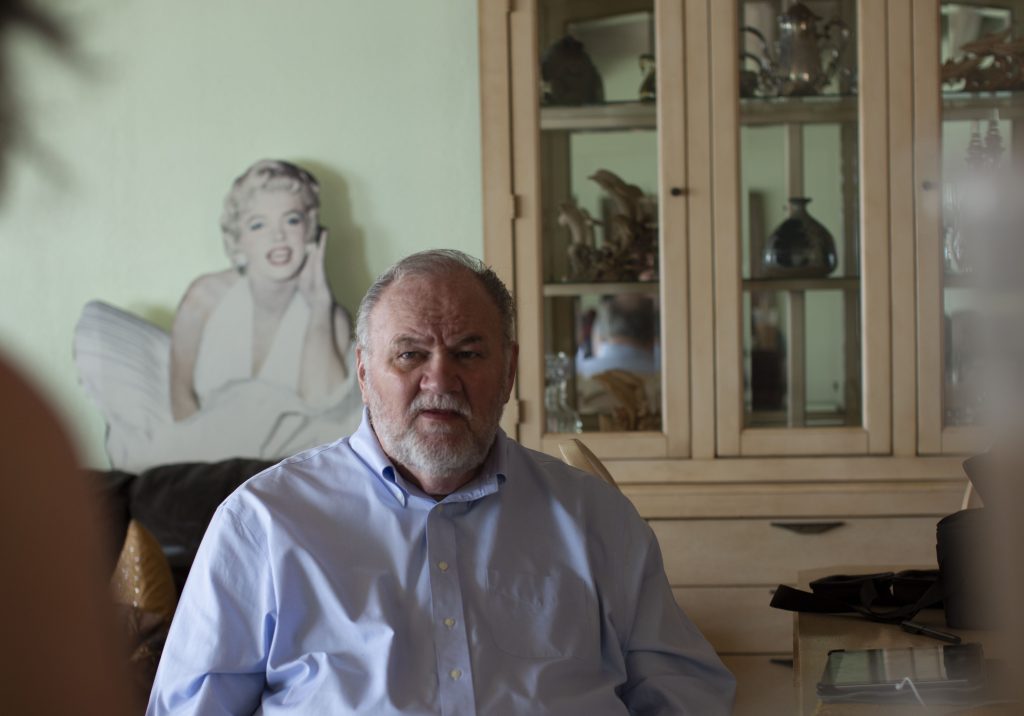 Meghan Markle’s estranged dad criticizes her, Harry and the royal family in blistering new doc: ‘They owe me’

Meghan Markle’s estranged father continues to bash her — and cash in on her.

Thomas Markle — who has not spoken to his daughter since May 2018 — appeared in a 90-minute documentary, Thomas Markle: My Story, for the U.K.’s Channel 5 on Wednesday for which he sold tons of never-before-seen photos and videos of the Duchess of Sussex as a child.

The doc featured photos of Prince Harry’s wife on the day she was born and throughout her childhood. There were pictures of Christmas parties and picnics — some of which also featured her mother, Doria Ragland, who separated from Thomas when Meghan was 6.

Rare home videos showed the future Suits star in her first school productions, her high school graduation and as she headed off to college at Northwestern University. There were photos and videos right up to Markle landing her job on Suits in 2011.

While the retired Hollywood lighting director offered some sweet recollections of his youngest daughter’s early years — describing them as “the happiest in my life” — he made countless digs at Meghan, his son-in-law and the royal family.

Talking about the royals, Thomas said, “At this point, they owe me. The royals owe me. Harry owes me, Meghan owes me. What I’ve been through I should be rewarded for. My daughter told me that when I reach my senior years she’ll take care of me. I’m in my senior years now — it’s time to look after Daddy.”

He continued, “She’s been supported and loved by everybody on both sides of her [American] family,” clearly ignoring the constant barrage of attacks on Meghan by his other daughter, Samantha Markle. “The family that she’s joined is far stiffer than the one that she’s left.”

Thomas, who has never met Prince Harry or baby Archie, went on to say, “To them I don’t exist and now Harry, whether he realizes it or not, is part of my family and I’m part of his. We should be talking… He’s not 12 years old anymore — he’s got no right to be this sensitive.”

He said Meghan and Harry were turning the royal family “into a Walmart with a crown on” and criticized them for giving up their roles as senior members. “Apparently $3 million and a 26-room home isn’t enough for them,” he said, referring to their U.K. home Frogmore Cottage near Windsor Castle. “It is kind of embarrassing to me.”

Thomas also admitted being “jealous” seeing Prince Charles walk Meghan down the aisle at her 2018 wedding and said he “cried” while watching the nuptials from a “safe house.” He was a no-show at the wedding after having two heart attacks, but prior to that, he staged paparazzi photos of himself to cash in on his daughter’s fame, causing a rift between them. Ragland was Meghan’s only family member at the wedding.

He also talked about his relationship with Ragland, saying “not everybody seems to approve of those kind of relationships,” referring to them being an interracial couple. “People would look at Doria like she was a housekeeper. It wasn’t fair. Of course it wasn’t fair.” He went on to say, “I think she’s going through the same problem right now with the royals. I don’t think they know where to place her. She always looks scared. She always looks like a deer in the headlights.”

Thomas said he doesn’t think he’ll ever see his daughter again — only after he’s “lowered into the ground.”

Among the nicer things he said was recalling Meghan’s birth.

‘When she was born I couldn’t have been happier,” said Thomas, who now lives in Mexico. “They handed her to me, I saw her face, her little fingers wrapped around my fingers and that was it, I was in love. I just knew she was going to be special. I was just knocked out by that child. She was just beautiful and I just couldn’t put her down.”

Thomas was paid to participate in the doc, but Channel 5 hasn’t revealed how much. The interview fee and acquiring the rights to the photos and videos are usually two separate negotiations with the media probably earning him a pretty penny.

Thomas and Meghan’s relationship exploded at the time of the wedding due to him staging the paparazzi photos for cash. She later wrote him a personal letter asking him to cease his public attacks on her and Harry and he sold the letter as well. It’s now the subject of a lawsuit.

Earlier this month, Harry and Meghan announced their plans to step down as senior members of the royal family for an “independent” life. They’ve been staying on Vancouver Island as they plan their next steps. They will be officially relieved of their royal duties this spring.