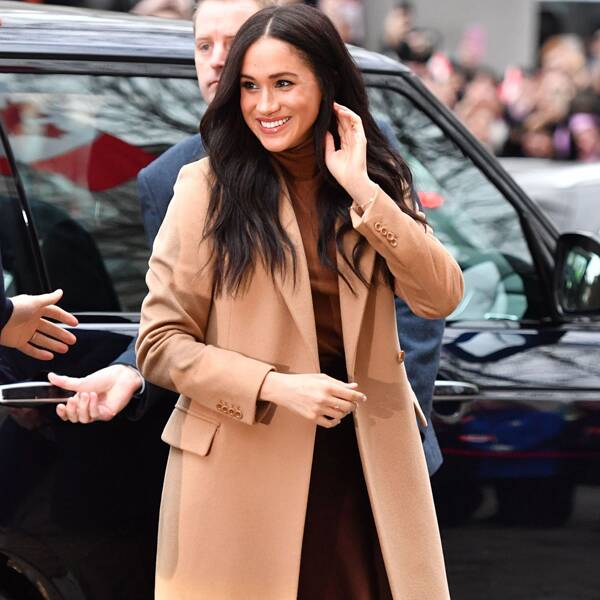 Before Meghan Markle crossed the pond to start her new life in Canada, the Duchess of Sussex paid a visit to the animal welfare charity, Mayhew, in London.

While the visit took place earlier this month, photos from the engagement were just shared on Wednesday.

“We were delighted to see our Patron, The Duchess of Sussex, recently during a private visit where we caught up about our progress, upcoming work and the year ahead,” Mayhew wrote on Instagram alongside a few of the pictures. “We showed her around our brand new kennels which we unveiled at the end of last year, and she got to meet a few of the animals that we’ve been caring for. One was gorgeous German Shepherd, Khan who’s been with us via our Pet Refuge project, which provides care for pets of people in crisis. We look forward to continuing to work together with our Patron to help more animals and people.”

“The Duchess of Sussex, having been proud patron of Mayhew since January 2019 and long understanding the connection between animal and community welfare, applauds the people at Mayhew for the vital work that they do every day,” part of the Instagram caption read. “From cats and dogs who have found new homes to animal welfare cases handled in the community – @TheMayhew believes in the power of togetherness and the special bond between humans and animals.”

This wasn’t the first time Meghan had visited Mayhew. She also stopped by last January for her first official visit as patron of the organization.

Meghan left London and returned to Canada earlier this month. The trip came shortly after Meghan and Prince Harry announced their plans to step back as “senior” members of the royal family and split their time between the U.K. and North America.

As part of the agreement, the two are required to step back from royal duties. They will also no longer receive public funds for such duties. In addition, they will no longer user their HRH titles.

Harry joined his wife in Canada earlier this week. Before crossing the pond, the Duke of Sussex spoke about his decision to step back from his royal duties.

“The decision that I have made for my wife and I to step back, is not one I made lightly,” he said during part of his speech at a private dinner for his charity Sentebale. “It was so many months of talks after so many years of challenges. And I know I haven’t always gotten it right, but as far as this goes, there really was no other option.”