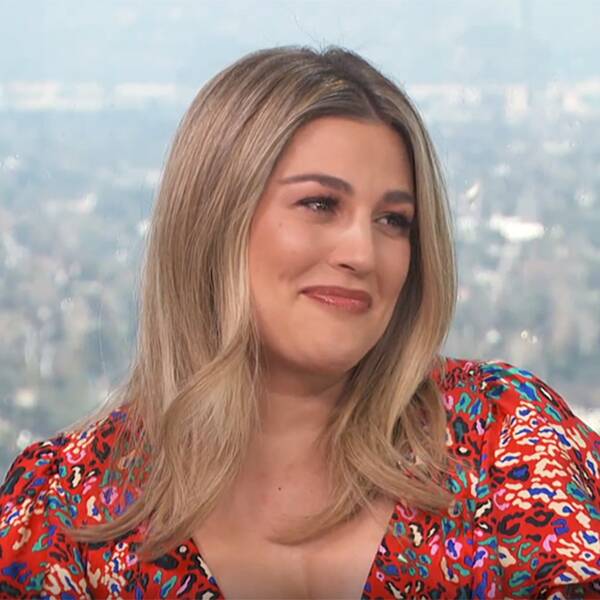 Is this how Matt Fraser does ice-breakers?

The psychic medium behind E!’s Meet the Frasers brings his abilities to the Daily Pop set in this emotional clip from Wednesday’s show. In it, Matt recounts discovering his abilities, reveals he knew he’d star in his own TV show one day and shares the impact of psychic abilities on dating (his relationship with pageant queen Alexa Papigiotis is featured in Meet the Frasers).

But before diving into the details of his own life, Matt begins his Daily Pop appearance by giving its staff a taste of what he does best.

“Two seconds before we came online, he says, ‘By the way, your grandmother is here,”https://www.eonline.com/” co-host Carissa Culiner—already tearing up—tells the cameras. And evidently, she’s there for a reason.

“She’s really strong around you,” Matt replies, segueing into a message from Culiner’s late relative that seems to resonate with the E! personality in a pretty profound way.

“You know, this was a woman who had suffered here in the physical world,” he continues. “She tells me that she couldn’t breathe before her departure and that it was really hard for you to get back and say goodbye to her. But she says that you did that and she just wants to thank you for that.”

At this point, Carissa—as most anyone would be—is full-on crying.

“OK. All right, yeah,” she responds through tears. “That happened when I was really young.”

See Matt’s gift work its magic for a second time later on in the clip above!

Watch a brand new episode of Meet the Frasers Monday at 10 p.m., only on E!