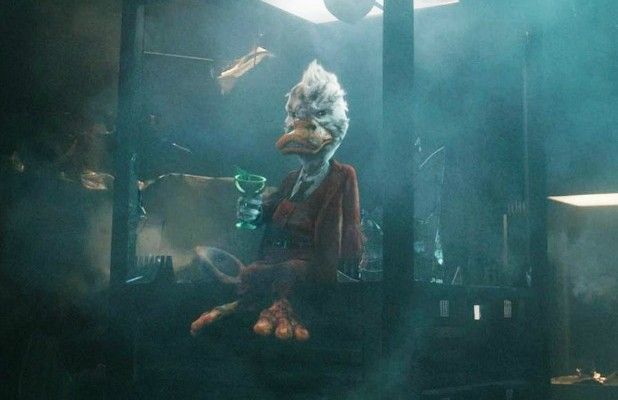 Marvel’s “Howard the Duck” and “Tigra & Dazzler” animated series are no longer moving forward at Hulu, an individual with knowledge of the projects told TheWrap.

The other two, “M.O.D.O.K.” and “Hit Monkey,” are still in development. The individual added that the decision to scrap the two shows came from Marvel. With half of the planned four series now dead, the crossover “The Offenders” is also unlikely to happen.

Last year, Hulu announced an expansive multi-series commitment with Marvel TV that would consist of the aforementioned four series, and the crossover. This now leaves Hulu with only three Marvel TV series, as Kevin Feige continues to wind down Marvel TV’s roster in the months after it was moved under Marvel Studios. In addition to the two animated series, Hulu is also developing a live-action “Helstrom” series, which will star Elizabeth Marvel, Tom Austen and Sydney Lemmon.

Also Read: How ‘Runaways’ Got Caught in the Middle of Marvel TV’s Corporate Restructuring

Earlier this week, Hulu announced the voice cast for “M.O.D.O.K.,” which will star and be written by Patton Oswalt. He is joined by Ben Schwartz, Melissa Fumero, Beck Bennet, Sam Richardson, Wendi McLendon-Covey, Jon Daly and Aimee Garcia. “Tigra & Dazzler” had previously halted development in December, with Erica Rivinoja leaving as showrunner over creative differences.

In October, Marvel TV was moved under Marvel Studios and Kevin Feige, who was named chief creative officer across all of Marvel. Since then, Jeph Loeb stepped down as head of Marvel TV and all future development was shuttered. Marvel TV staff, including Karim Zreik, senior vice president of current programming and production and members of his team, moved over to the Marvel Studios group, with Zreik in charge of all current projects in production.

“Cloak & Dagger” was cancelled after two seasons at Freeform, and “The Runaways” closed after three seasons, with the third premiering on Hulu last month. The first Marvel TV show, “Agents of S.H.I.E.L.D.,” will end its seven-season run on ABC this summer.

Marvel Studios is planning its own foray into the small screen with eight different shows for Disney+. Those include “The Falcon and The Winter Soldier,” “WandaVision,” “Loki” and “Hawkeye,” which all star characters from the hugely popular Marvel Cinematic Universe.