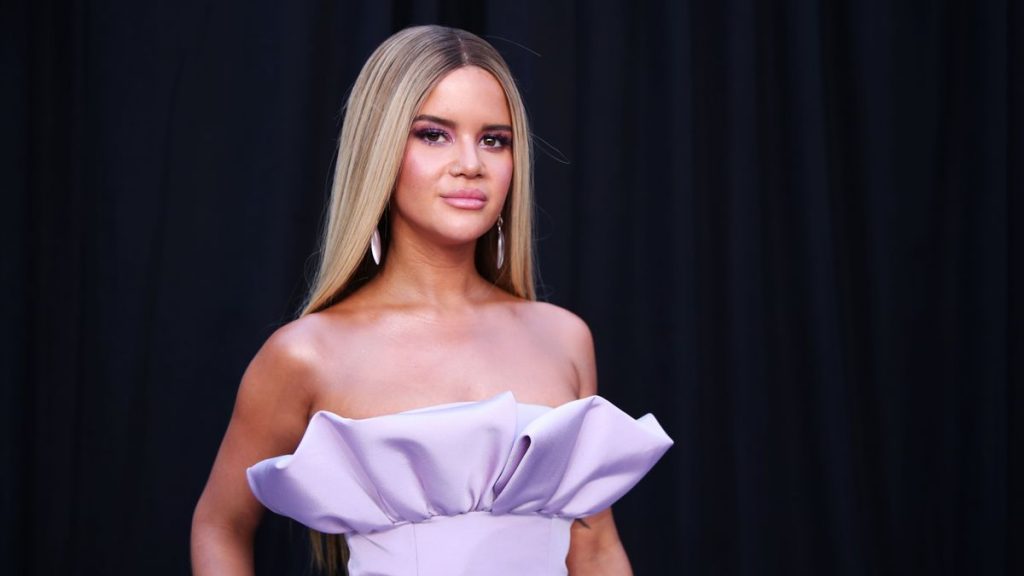 In a new episode released on March 28, Morris walks Mo Heart through her spectacular wardrobe and tells the significance behind each fashion statement. Throughout the 10-minute clip, the singer pulls iconic looks she sported throughout her career, and fans meet celebrity stylist Dani Michelle.

At the beginning of the episode, the camera showcases the 35-year-old’s shoe wall full of designer high heels and racks of eye-catching ensembles. The Texas native first displayed a look that holds sentimental value, and it was her maternity jumpsuit she wore to the Houston Livestock Show and Rodeo in 2020.

“I wore this to the Houston Rodeo,” Morris said while holding a bedazzled beige get-up. “That is a huge thing Texans get to do if you are a singer. I was nine months pregnant…It’s neoprene,” she added while clarifying that it can stretch.

Michelle chimed in to touch upon the jumpsuit she helped style for the groundbreaking performance.

“It really is such a special piece. After our first fitting – she looked at me and said, ‘ I have something to tell you. I’m pregnant,’” she laughed before gushing about their close-knit relationship. “I am very into what is meant to be, and I have been singing her song in my head…I was just humming it. I got an email from Maren. I just put it together, and it was destiny. Then we met and had that one fitting, and here we are today. It is meant to be, this is my person,” she added.

Once fashion enthusiasts met the visionary behind some of the stunning looks, Morris revealed her favorite red carpet two-piece set. “The Bones” artist stepped out in the eye-catching Christian Siriano ensemble at the 2018 ACM Awards.

“It’s one of my favorite looks on a carpet I think I’ve ever worn. I was very hungover,” the multi-platinum star declared. “But I weirdly looked amazing, I didn’t look hungover. But yeah, that’s a little secret.”

She continued to describe that the award show was in sunny Vegas in the Spring. Therefore, Siriano customized a light lavender gown-inspired piece to fit the season. Although the statement has several components like a dramatic train, mini skirt, and strapless top – she told Heart that it was “movable and fun” and was “so comfortable all night.”

Morris did not miss a beat, as she displayed other looks such as – her 2021 custom Dolce & Gabbana GRAMMY dress, a Manuel Cuevas pink cowgirl three-piece suit she wore to sing with The Highwomen, and a couture white dress she scored 2019 CMA “Album of the Year” in.

While standing in the ultimate walk-in closet, Heart asked the chart-topping musician about her songwriting approach and how she manages to get to a vulnerable place with outside songwriters.

“I think what I have learned from just being a working songwriter, you have to leave your ego at the door and not worry about it,” she acknowledged. “Just dare to suck. Some days you just will have a terrible song, and that’s okay. That doesn’t mean you’re terrible. It just means that the song Gods weren’t on your side today. But you have to get through that slug to get to the greatness,” she said.

Just weeks before her highly anticipated record, “Humble Quest,” arrived on March 25 – the vocalist announced her headline nationwide tour. Morris told the “RuPaul’s Drag Race” personality that she usually sleeps in a T-shirt from her husband Ryan Hurd while out on the road.

“He is an artist as well. When he’s touring and I’m touring, we are usually in different cities every night,” she said about her long-distance relationship. “So, I always make him leave me one of his T-shirts, and it smells like one of his Colognes and skin. I can sleep in it when I’m on my bus,” she added.

Morris is expected to take center stage in a festival forward outfit on Friday, April 29 at Stagecoach in California. To prepare for the star-studded affair, Morris’ 11-piece collection “Humble Quest” is officially out and available to stream everywhere.