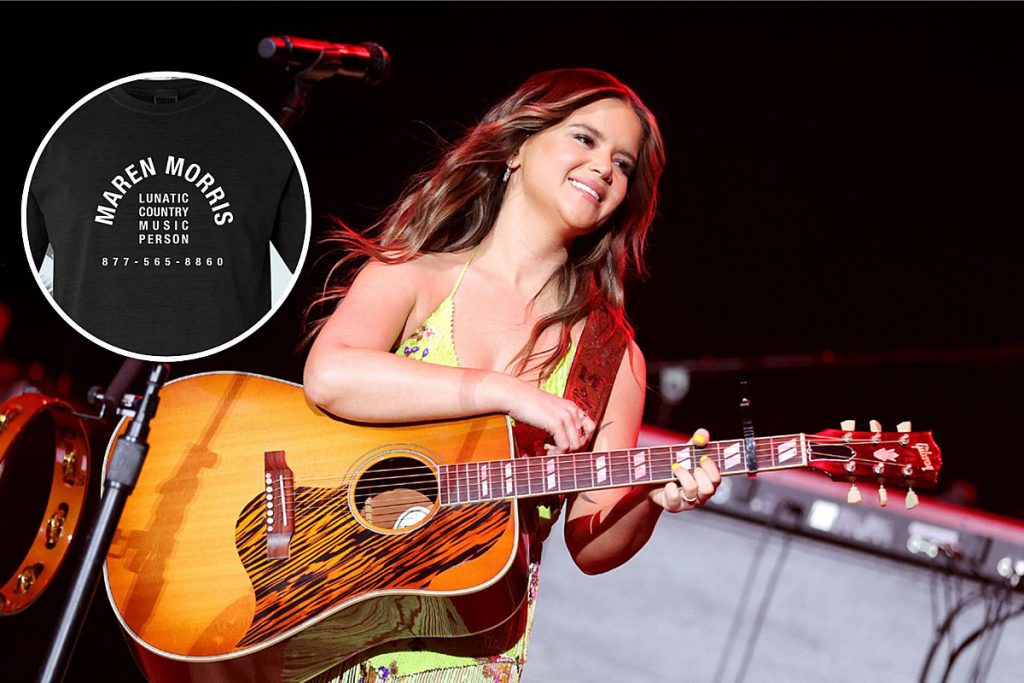 Maren Morris Raises $100K for Trans Organizations in One Day


Maren Morris is putting her money where her mouth is when it comes to supporting transgender youth. The country singer has raised $100,000 in just one day, after announcing a new line of T-shirts on Friday (Sept. 2) to support the Trans Lifeline and the GLAAD Transgender Media Program.

Morris turned to Twitter late Friday to announce the release of a shirt that humorously reads, “Maren Morris: Lunatic Country Music Person.” Each T-shirt also includes the phone number for the Peer Support & Crisis Hotline for trans youth at 877-565-8860.

Two hours later, she updated fans with the news that the shirts had already raised more than $60,000.

She gave another update on Saturday (Sept. 3), after the money passed the six-figure mark.

Morris released the shirt just over a week after an online firestorm began over comments Jason Aldean‘s wife, influencer Brittany Aldean, posted during an Aug. 23 Instagram reel that showed her putting on her makeup.

“I’d really like to thank my parents for not changing my gender when I went through my tomboy phase,” she wrote, adding, “I love this girly life.”

Many observers denounced those remarks as transphobic, including Cassadee Pope, who responded to her words indirectly via social media. Morris then weighed in in the comments below, dubbing Aldean “Insurrection Barbie” without naming her.

The back-and-forth escalated from there, with celebrities including Candace Owens, RaeLynn and Brandi Carlile stepping forward to voice support for one side or the other.

Brittany Aldean then responded to Pope on Instagram Stories, writing about protecting the innocence of children and equating gender-affirming care with “gender mutilation.” That led to Aldean doing an interview with Tucker Carlson on Fox News, during which he labeled Morris a “lunatic.” Morris grabbed a screenshot that aired during the report, which inspired her new line of shirts:

GLAAD confirmed to People on Saturday that sales of Morris’ shirts had exceeded $100,000.

Jason Aldean’s longtime PR firm, the GreenRoom, parted ways with the singer in a public statement on Thursday (Sept. 1), but did not specify Brittany Aldean’s remarks as the reason for their decision.

Brittany Aldean has maintained that her words have been “taken out of context” and “twisted,” and that she is only advocating for children. She and Jason Aldean’s sister, Kasi, have launched a Barbie-themed shirt line of their own that reads, “Don’t Tread on Our Kids.”  Aldean announced the proceeds would benefit Operation Light Shine, a Nashville-based organization that combats human trafficking and child exploitation.

A few of these famous country music feuds were settled peacefully. The rest? There are more than a handful of artists who just won’t talk to each other.