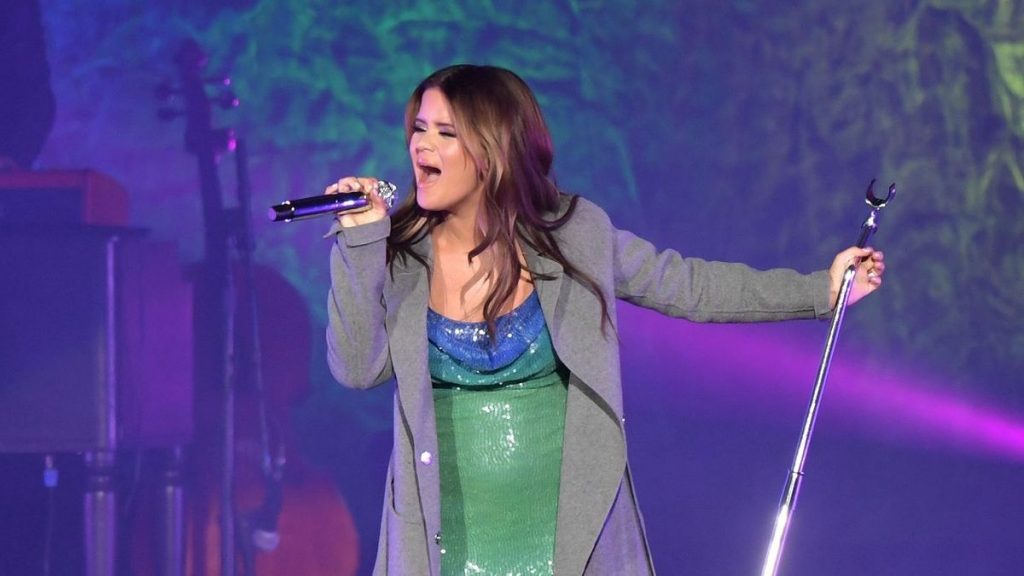 Maren Morris Digs Into No. 1 Spot With “The Bones”http://www.cmt.com/” CMT

The country charts marquee still blazes “Luke Combs and Maren Morris!” Both artists hold the same ground they did last week, with Combs’ What You See Is What You Get and This One’s for You occupying slots No. 1 and No. 2, respectively, on the albums chart and Morris’ “The Bones” spending its second week as the country airplay champ.

It’s the first time for a female country artist to spend multiple weeks at No. 1 since Carrie Underwood’s “Blown Away” in 2012. Morris took to Twitter to acknowledge her surprise.

2 weeks at number 1. If I can be honest, I really thought the only way this could ever happen is if I was the feature artist on a guy’s song. Sitting here seeing my name at the top of a chart at all is rare, but to break this 8 year streak just feels so unbelievable. Thank you.? pic.twitter.com/lOKVovtFbj

It’s apples and pool balls, of course, to compare Morris’ two weeks on top to the longevity of women artists from the early days of the country chart, given the loosey-goosey methodology behind the charts back then. But we’ll do it anyway. Margaret Whiting and Jimmy Wakely racked up 17 weeks at No. 1 with “Slipping Around” in 1949. In 1962, Carl and Pearl Butler held the high ground for 11 weeks with “Don’t Let Me Cross Over.” The Browns (Jim Ed, Maxine and Bonnie) did 10 weeks with “The Three Bells” in 1959. The Davis Sisters had the catbird seat for eight weeks in 1953 via “I Forgot More Than You’ll Ever Know,” as did Connie Smith with “Once a Day” in 1964.

There are four new songs eyeing Morris’ choice real estate this week. They are Brandon Lay’s “For My Money” at No. 56, Dustin Lynch’s “Momma’s House” (No. 57), Mitchell Tenpenny’s “Anything She Says,” featuring Seaforth (No. 58) and Stephanie Quayle’s “Whatcha Drinkin’ ’Bout” (No. 59). Teddy Robb’s “Really Shouldn’t Drink Around You” returns at No. 60.

The lone new album in the Top 25 is The Cadillac Three’s Country Fuzz, which alights at No. 17. Zac Brown Band’s Greatest Hits So Far is back in the game at No. 16.

The No. 2 through No. 5 songs, in that order, are Sam Hunt’s “Kinfolks,” Kane Brown’s “Homesick,” Jimmie Allen’s “Make Me Want To” and Jon Pardi’s “Heartache Medication.”

Rounding out the Top 5 albums are Blake Shelton’s Fully Loaded: God’s Country, Morgan Wallen’s If I Know Me and Chris Stapleton’s Traveller.

Can we get a little more action around here, please?