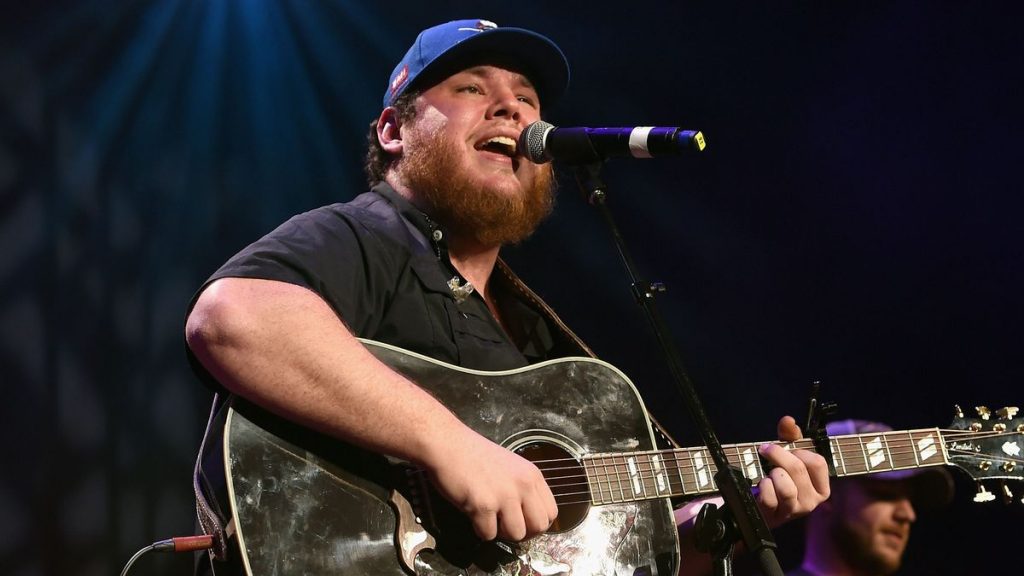 Luke Combs Opens Up About Fatherhood: “I Don’t Want To Be A Dad That’s Not Around.”

Country music sensation Luke Combs and wife, Nicole took to social media on Thursday, January 20, to announce that they are expecting their first child. The “Doin’ This” singer shared the exciting news alongside a carousel of photographs showcasing Nicole’s growing baby bump and a close-up of the sonogram.

“Here we go y’all! Lil dude Combs is coming this Spring! Couldn’t be more excited to start a family with this babe. It’s gonna be a hell of a ride @nicolejcombs,” he captioned the precious post that raked in over a million likes in a short amount of time.

As the happy couple prepares for their son’s arrival, they have come to the conclusion that certain areas in their life will change drastically. In a recent interview with Absolute Radio Country, Combs revealed his plans leading up to the birth and the type of father he would like to become.

With several tour dates under his belt and quickly approaching, the multi-platinum artist told radio host Baylen Leonard that Nicole won’t be in attendance in order to focus on her health. When asked if Nicole would be present once the baby is born, he confirmed that not much would change because it would be challenging to juggle a newborn out on the road.

“Probably not at the very beginning, you know, just because it will be really hard,” he said before acknowledging that he will have to adjust to not having Nicole side stage. “My wife comes to almost every show. I enjoy her company, and she has liked being out there up to this point, and obviously, that will probably change a little bit with the baby and stuff.”

Combs will be heading across the pond to perform at the C2C Country To Country festival in March – leaving his understanding pregnant wife behind. While he may be only gone for a short amount of time, he made it clear that he would like to stay back, be supportive, and most importantly, be involved when his son enters the picture.

“I don’t want to be a dad that’s not around or the dad that you see on TV and go, ’oh that is my dad, and that is where he is today I guess,’” he stressed before putting emphasis on the dependable father he would like to be. “Family is important to me. I’d like to be the guy throwing the football to them,” Combs declared while laughing.

With his career at an all-time high and tour dates already set in stone for the Spring – Combs hopes they could experience his wild ride as a family of three as much as possible.

Luke Combs has never shied away from speaking out or writing music about his childhood. In fact, his chart-topping track “Even Though I’m Leaving” embodies the type of relationship he shared with his mother and father growing up.

Back in 2019, the hitmaker disclosed to The Boot that one of his co-writers on the track – Wyatt Durrette and Ray Fulcher, wanted to pen a “dad kind of song.” At the time, Combs was not expecting or had personal parenthood experience. Therefore, he pulled inspiration from his parents to create the soul-touching tribute track.

“My parents always used to tuck me in at night and make sure there wasn’t a bogeyman behind the curtains or whatever,” he said. “We just started going down that road, and it kind of led to the “Even Though I’m Leaving” thing. We were like, ’Okay, where do we take this song from here?’ And where it ended up going was just kind of the natural progression.”

Combs and his parents still remain as a tight-knit unit today. He previously mentioned that he helped the two retire early. Following his rapid success in the industry – Combs wanted to provide them with “financial freedom,” which grants them the time and ability to share his flourishing career altogether.

With family on standby to come through as babysitters, Combs has shown no signs of slowing down. Along with his European stop, the hitmaker will be kicking-off his three-show tour with Morgan Wade, Cody Johnson, and Zach Bryan on May 21. Yet, he recently revealed on Twitter that “new music is on the way.”