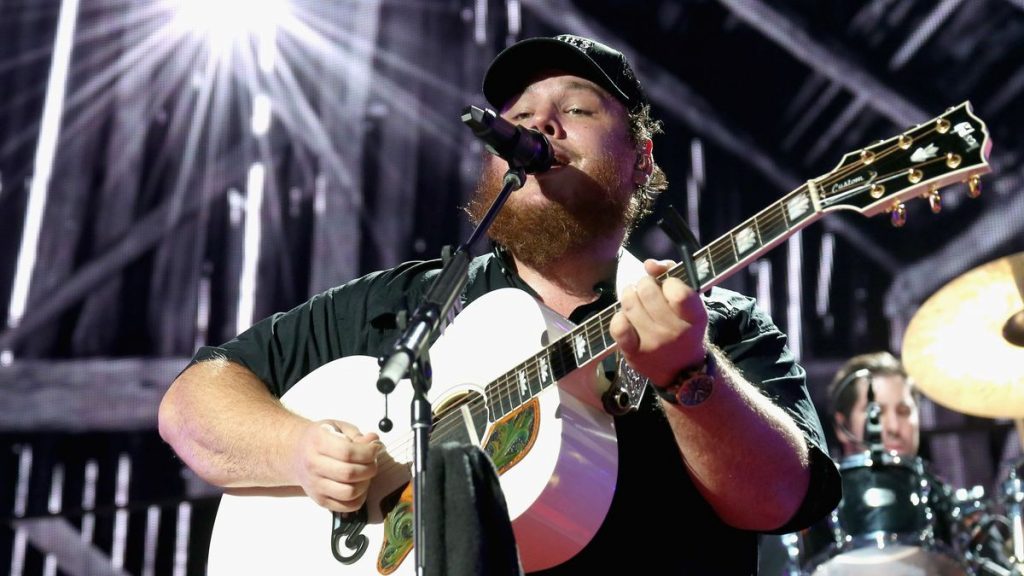 “This is one conversation among many happening about country music’s heart and soul,” Powers said in welcoming listeners to the panel, “And among other things, addressing racial iniquity in the genre. It’s important to say before we start talking that we are three white people talking about race among other subjects, so necessarily, this is an incomplete conversation. At the same time, I am so glad that Luke Combs and Maren Morris pushed for a panel that was originally intended to focus on their careers to become one about personal, artistic and genre-wide accountability.”

Combs, who recently released a unifying anthem “The Great Divide” alongside Billy Strings, addressed criticism he’s received regarding his appearance in photos and videos that included confederate flag imagery early on in his career. Combs appeared in Upchurch’s video for “Can I Get An Outlaw” in 2015, performing with images of confederate flags in the background. Early press images of Combs featured him holding a guitar with a sticker of a confederate flag.

Combs addressed the issue saying, “When I put ‘The Great Divide’ out, that was written sometime last summer and amongst the pandemic we had this social unrest and the Black Lives Matter movement and I was absorbing all of these insane things that were going on. That song was really written from a good place.

“So when I released the song, there were some images that resurfaced of me…and that’s not the first time those images have surfaces and have been used against me,” he continued. “Obviously, those are images that I can’t take back. They are not images that I can say, ‘Well, they are gone now so that didn’t exist.’ Those images are seven to eight years old now and I’ve grown a lot as a man, as a human being. I didn’t have a team in place then as well, so the second I got my team in place, it was like, ‘How can we disassociate ourselves with that?’ So we immediately tried to do that years ago. Obviously in the age of the internet, those things live forever.

He went on to say, “There is no excuse for those images. I’m not trying to say this is why they were there and it’s okay that they are there, because it’s not okay. I think as a younger man, that was an image that I associated to mean something else. As I’ve grown in my time as an artist and the world has changed drastically in the last five to seven years, I’m now aware how painful that image can be to someone else and no matter what I thought at the time that that word meant or what it could have been interpreted as for myself, I would never want to be associated with something that brings so much hurt to someone else.

“It’s not about history or this or that, it’s about this is something that hurts someone else that I was standing in front of,” he reflects. “Knowing that is upsetting to me as a man because I’m all about…I want people to be happy. I want people to feel loved by country music and by our community. At the time those images existed, I wasn’t aware what that was portraying to the world and to African-American artists in Nashville who were saying, ‘Man, I really want to come in and get a deal… and do this thing, but how can I be around these images being promoted?’

He added, “I do apologize for that. I apologize for being associated with that. Hate is not a part of my core values. It’s not something I consider part of myself at all so I’m just looking to be here not to just say, ‘I’m so sorry, please forgive me.’ I’m trying to learn, trying to get better.

“I know that I am a highly visible member of the country music community right now and I want to use that position for good and to say that people can change and that people do want to change and I’m one of those people trying and if you ‘re an artist or anyone out there that is trying to change, you should be able to do it and you should be able to talk about those things and feel comfortable having these conversations.”

Both Morris and Combs shared stories that underlined how when they were younger, they had not fully understood how black fans, creators and industry members viewed the confederate flag.

“I’m from Texas…but I did not know that the rebel flag meant what it meant until I was probably 15 or 16 years old,” Morris recalled. “For me, being a teenager before I realized it…can we just agree at these country music festivals, I see the Confederate flags in the parking lots. I don’t want to play those festivals anymore,” Morris said. “If you were a black person would you ever feel safe going to a show with those flying in the parking lot? No. I feel like the most powerful thing as artists in our positions is to make those demands of large organizations, festivals, promoters, that’s one of the things we can do is say, ‘No, I’m not doing this.’”

Morris also noted how becoming a mother to her son, Hayes, has strengthened her resolve to be an advocate for marginalized communities.

“Being a parent has changed me. My son is going to grow up in this world as a white male and I am absolutely aware of that and there are things that will absolutely bend in his favor, forever, but I think it’s my job to wake up now and create a world around him that is a lot more open and where we can have these kinds of conversations without being offended or having friction,” she said. “We are going to make missteps as we get to the place where we want to be where it’s more inclusive. I’m taking steps everyday to be a better human being, better parent, better artist.”

In suggesting steps the country music industry, specifically, can take to more forward, Combs challenged music publishers and labels to do better to treat potential writer and artist signees equally.

Elsewhere in the conversation, Morris said, “To me, going forward, my relationship with country music and what I’ve always loved about it is the honest truth of it and if we want to pride ourselves on being three chords and the truth, we need to be truthful with ourselves and know who started this genre—it wasn’t just white people—and going forward, making room. It’s not to say or diminish my hard work or Luke’s hard work, but we’ve absolutely had more doors opened for us from being white.”

Combs said he admired Morris for taking a stand on issues of equality and said that recognizing that inequality exists is the first step forward.

“I admire her a lot for that, because it’s a big risk in the climate of our genre. It’s a hard thing to get on here and talk and have these conversations because you are nervous as an artist because you know you [worry] are you going to say the wrong thing,” he said. “I think just saying there are things that need to change and taking a moment to be aware of that and knowing there are problems that exist is the biggest first step that I have taken and the biggest first step that anyone out there who may be watching that is in the industry can take, to say these things do happen. I’m here to learn. I’m at this highly successful moment in my career and couldn’t just sit back and not do anything.”