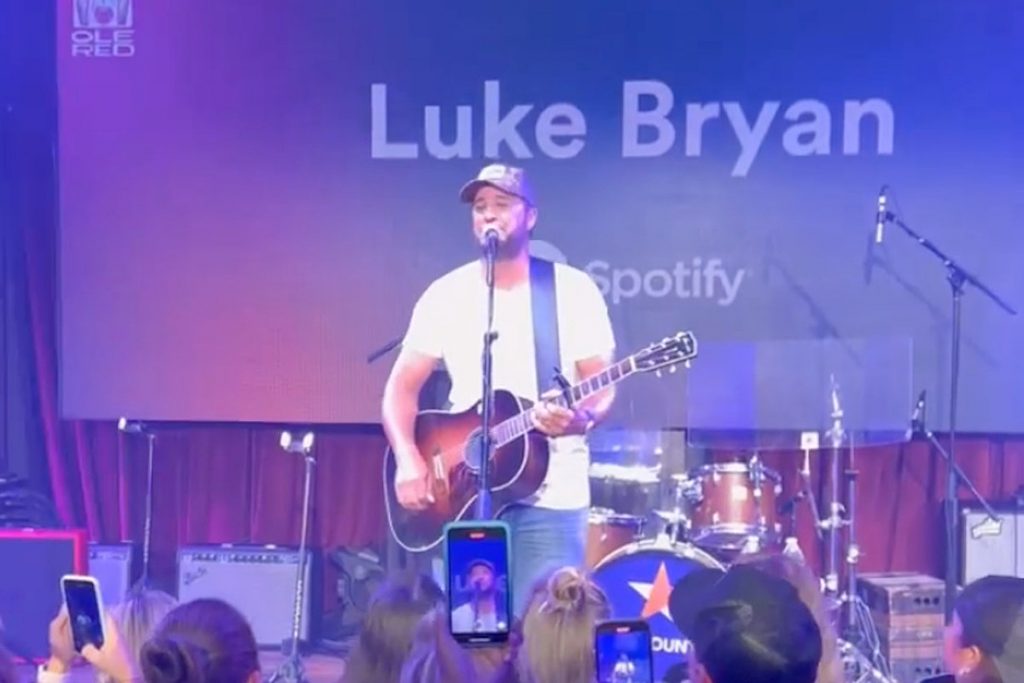 
You never know what’s going to happen at Nashville-based country music festival CMA Fest, and as the party rages on through the weekend, Luke Bryan popped up in an unexpected place.

The superstar was a surprise guest during the Spotify House showcase, which took place at Ole Red, the Blake Shelton-owned bar on Nashville’s buzzing Lower Broadway. The surprising part? Bryan was playing at a bar owned by another country superstar, when he could have taken just a few extra steps to play at his own.

That’s right: The showcase took place just across the street from Luke Bryan’s 32 Bridge, a bar and live music venue that the singer opened in 2018. Though he wasn’t onstage himself during Bryan’s set, Shelton hopped onto Ole Red’s Instagram stories to wish his fellow country artist a good set, and the irony of Bryan making an appearance at Ole Red wasn’t lost on him. In fact, Shelton took the opportunity to stoke some good-natured rivalry with his fellow singer.

“Well, well well. Luke Bryan,” he says in the clip. “You know, I’m glad that you made the right decision, Luke. I’m glad that you decided to come and perform at a real music venue, rather than your place across the street.”

All jokes aside, Shelton explained that he was excited to see Bryan performing on his bar’s stage. “Welcome to Ole Red, buddy. Love you Spotify. Actually, love you too, Luke. Have a good show.”

Both Bryan and the Ole Red crowd seemed to have a great time when he hit the stage: A clip of his set shows him rocking out to a wall-to-wall crowd during a performance of his hit, “One Margarita.”