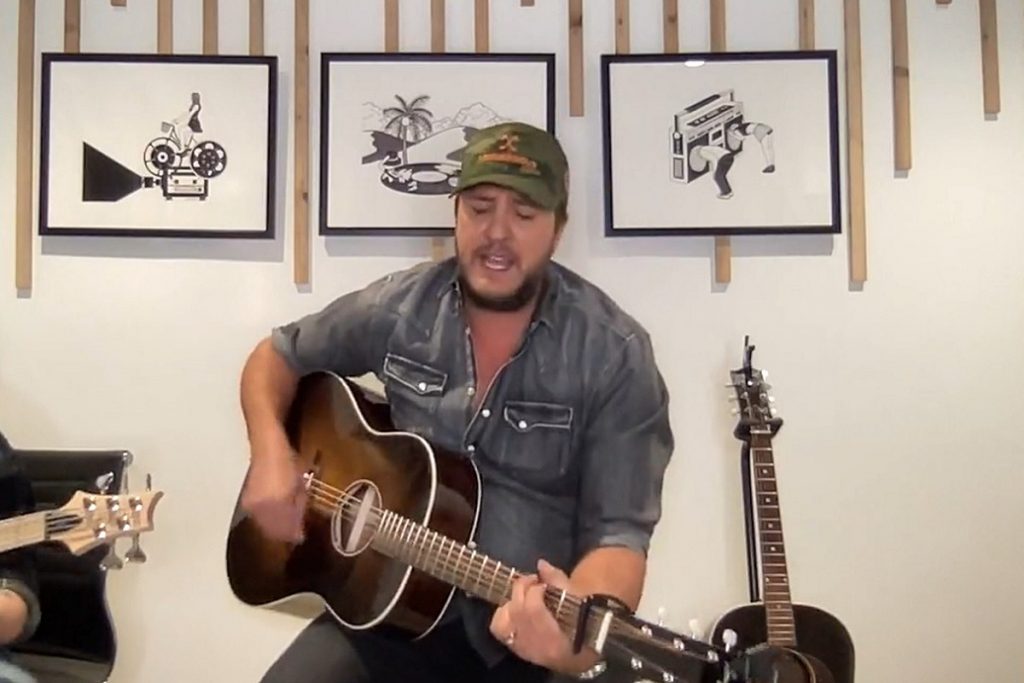 
Luke Bryan has a little bit of new coming coming this spring. He’ll release a deluxe edition of his 2020 album Born Here, Live Here, Die Here in April, and he shared a couple of its brand-new tracks during a livestream performance on Thursday evening (Feb. 4).

Of the six new tracks on his new deluxe album, Bryan shared two of them. “Country Does” is an uptempo track about small-town life with Dr. Seuss-like tongue-twister lyrics that had the country star chuckling as he tried to get them all out during what he described as a “highly, highly unrehearsed” performance.

“It’s just about the way I was brought up … It’s just about my small-town way of life,” Bryan says. He didn’t write the song — he didn’t share who did — but noted that he knew from first listen he wanted to record it.

“Waves,” meanwhile, is a summertime love story. Bryan didn’t write this one, either, but he calls it a “big ol’ summer song” and notes that he’s “crazy excited” about it.

The deluxe edition of Born Here, Live Here, Die Here is due out on April 9 and will be available to pre-order on Friday (Feb. 5); this story will be updated with additional information about the album as it’s made available. Bryan says all of his downtime during the COVID-19 pandemic led him back into the studio to record the new material.

“With COVID and everything, we had some extra songs that we were able to write and record,” Bryan shared, adding to his fans, “We miss you, we love you.”

“Down to One” is Bryan’s current single from Born Here, Live Here, Die Here, and he performed it during his Thursday livestream as well. It’s the album’s fourth single, and follows three chart-toppers: “Knockin’ Boots,” “What She Wants Tonight” and “One Margarita.”

Bryan has more big career moments in store for the coming weeks, too: The singer returns for yet another stint judging American Idol on ABC alongside Katy Perry and Lionel Richie on Valentine’s Day (Feb. 14).