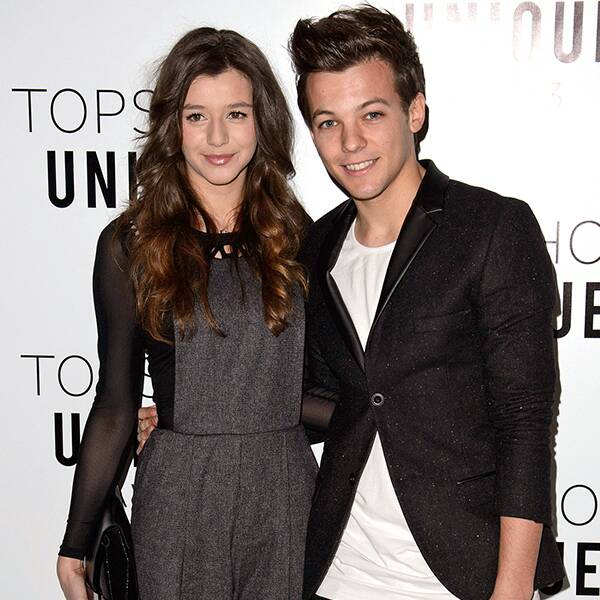 Louis Tomlinson isn’t settling down… yet.

The former One Direction singer and longtime love Eleanor Calder were recently the subject of engagement (and even marriage!) rumors. But as Louis explained to The Sun in a new interview, he’s confident their relationship will go the distance—just not at this very moment.

“It isn’t true,” the 28-year-old responded when asked to set the record straight, “but the luxury with Eleanor is I’ve known her since before our first single ‘What Makes You Beautiful,’ so she’s felt the whole growth of everything. As I’ve got to understand it, she has too, and I have the benefit with her that we’ve seen it for what it is.”

Louis, who co-parents his 4-year-old son Freddie with ex Briana Jungwirth, told the U.K. tabloid that he plans to “one day” propose to Eleanor. “If you’re asking me if I’m going to marry her? Yes, I think so! And more kids, I’d say so,” he remarked.

Fans will get an intimate peek into Tomlinson’s personal life when his solo debut album, Walls, is released Jan. 31. The Brit said many of the lyrics will reflect “overcoming some of your problems and learning from your mistakes,” as well as the traumatic experience of losing his younger sister and mother within less than three years.

“Initially, when the news broke [about Félicité] last year, I was bitter about the fact that everybody was talking about it,” Louis recalled, referencing the 18-year-old’s sudden passing in March 2019.

“Loads of people were speculating online about what might have happened. I was just told that it was the reality of the situation, which it is, and I had to accept it,” he continued.

It was ultimately confirmed that the teen died from an accidental overdose, and Louis told The Sun that despite the circumstances, he felt grateful for the support from his fans.

“What was difficult was people speculating about details straight away, discussing online what might have happened when nobody really knew, and talking about my family. But actually when I looked further almost all of it was kind, and I felt loved,” he shared.

The 2016 death Louis’ mom to leukemia also inspired the song “Two of Us,” which he said spurred, “…fans talking to me about a loss they’d had, and they listened to the song and told me I’d helped them in some way. That makes it all worthwhile.”

“Despite how difficult it can be to deal with these things when people are watching, if I have the possibility to help even one person, that’s massive.”